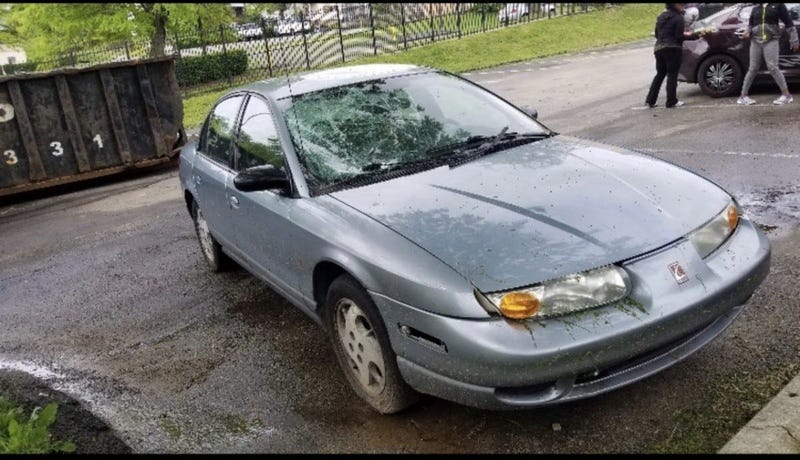 The care was discovered by and Uber driver named Ulysses tells KDKA Radio’s Lynne Hayes Freeland he discovered the car in the parking lot of the Hi View Gardens apartments in Mckeesport.

Morris’ sister Lisa Morris tells Freeland she is happy they are closer to catching the driver behind the hit and run.

“I got the voice mail, I didn’t even get to talk to anybody and it was broken up because it shows the text and then I start shaking, and I’m smiling from ear to ear,” said Morris.

Police had determined it was most likely a 2002 Saturn SL or SL2 from the pieces of the car they recovered from the scene.

A $13,000 reward is being offered by Allegheny County Police for information leading to an arrest.

Anyone with information concerning the hit and run is asked to call police at 1-833-ALL-TIPS. Callers can remain anonymous.