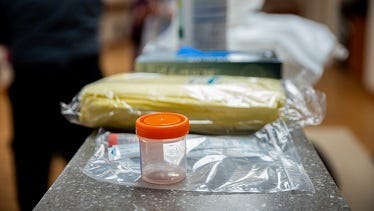 "We hope to expand this eventually into other patients who are coming in for care unrelated to procedures and to partner with public health officials to eventually be part of the solution of how we test the broader community," said Dr. Don Yealy, Chairman of Emergency Medicine.

At a virtual news conference, UPMC's Chief Quality Officer Tami Minnier said the hospital network will use swabs and other equipment developed and produced at its own internal lab.

"We have begun asymptomatic testing and will continue to ramp up," said Minnier. "Over the upcoming weeks all of our patients will have access to this test."

At the same news conference Dr. Yealy announced that UPMC would be increasing the number of what he called "essential surgeries" performed at UPMC. These are operations that had been put off during the initial weeks of the Caronavirus pandemic.

In March, Governor Tom Wolf also imposed a ban on "elective surgery" that is still in effect. The ban was meant to conserve hospital resources and limit risk to staff.

When asked, Dr. Yealy said UPMC's plans are not counter to the state's order. And he says they fall within federal guidelines issued by the Centers for Medicare and Medicaid Services.

"We are now on the opposite side of what many predicted to be our worst week, our Pearl Harbor," said Yealy. "The very high surge that we prepared for simply hasn't happened."