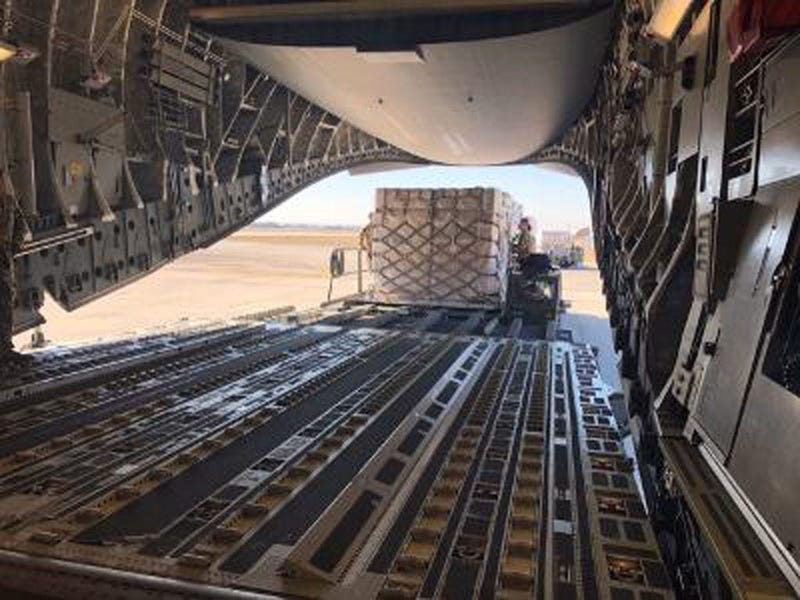 WASHINGTON (Newsradio 1020 KDKA) - After a massive explosion in Beirut on Tuesday, August 4, the Pentagon has already started the process of sending supplies to Lebanon.

"We ... want to express the department's sympathies in mourning the lives of so many lost in Lebanon on Tuesday. This is a horrific tragedy," Jonathan Rath Hoffman, assistant to the secretary of defense for public affairs, said during a Pentagon news conference on Thursday.

Hoffman also made mention of the measures that are being taken.

Three C-17 aircraft will be bringing “relief supplies” to Beirut.

The first of the aircraft has already landed in Lebanon and brought 11 pallets worth of food, water, and medical supplies.

The two additional C-17s will be departing from the Al Udeid Air Base in Qatar within the next 24 hours to ship in the remainder of the supplies.

The cause of the explosion is still unknown.

Speculation has created social media belief that ammonium nitrate was the reacting agent in the explosion.

The Lebanese government is still investigating the event, however.

"The investigation into the explosion is ongoing.

"We're going to defer to and give the Lebanese government space to complete their investigation and reach their conclusions."

"We're going to work with them. If they ask for assistance, the U.S. would be willing to provide that," Hoffman added.