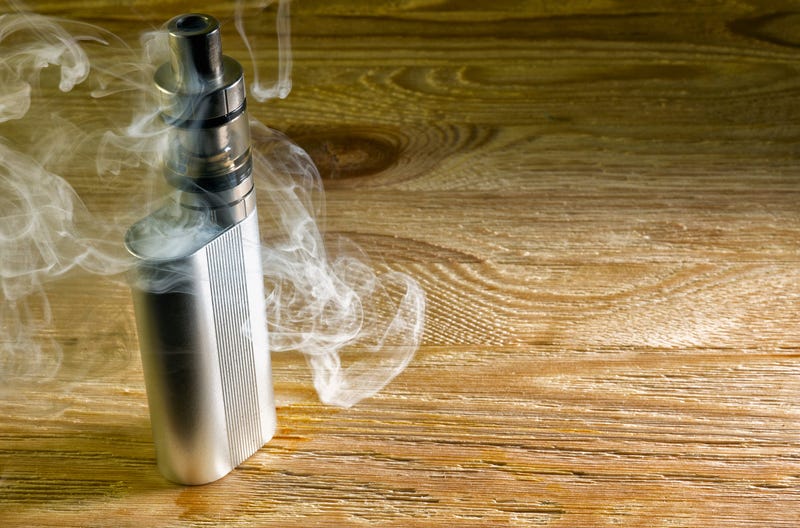 SEWARD, Pa. (Newsradio 1020 KDKA) - Charges are pending after police say two teens allowed a 2-year-old to use a vaping device.

State Police in Indiana, PA say that a 17-year-old was babysitting the child in St. Clair Township, Westmoreland County last Thursday when the child took the vaping device from a night stand and used it.

An 18-year-old female was also present when the child used the device.

The incident was posted on the social media platform Snapchat and shows the child coughing after using the vaping device.

Police believe the device contained 3 percent nicotine but no THC.

Police made the parents of the 2-year-old aware of the incident and also reported it to Children and Youth Services.

The two teenagers are not related to the child.

State Police say an investigation continues and charges of Endangering the Welfare of Children are pending against both teens.