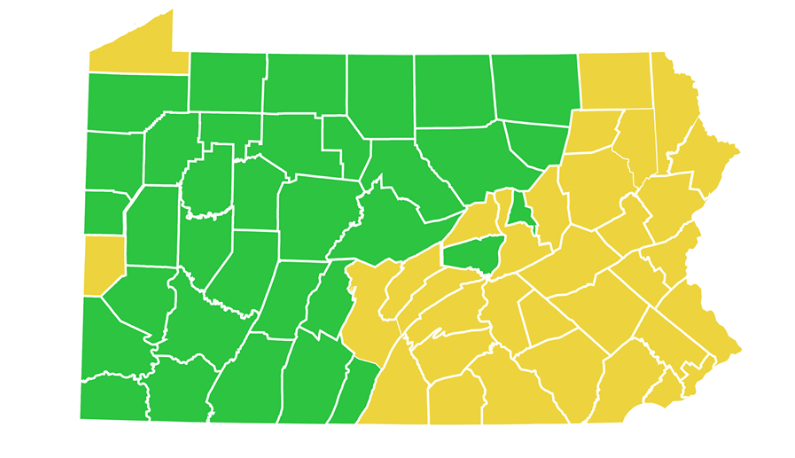 PITTSBURGH (Newsradio 1020 KDKA) - For the first time since March, businesses like restaurants, hair salons and gyms can begin to allow sit down services and other in-person activities.

Restaurants can resume dine-in services operating at 50 percent capacity. People must wear a mask when they enter and exit and dining areas must be at least six feet about.

Jackie Page owner of Love Rocks Café in McKees Rocks is reopening again Friday and says she was open for a while during the pandemic but decided to temporarily close after she says delivery apps like Grubhub were talking a lot of her money.

Page adds that she has a few seat available for dine-in and plans on having those areas open, but is mostly takeout.

Hair salons and barbershops are also opening up. Many hair dressers have been preparing to schedule appointments with hair stylist Julie Green telling KDkA Radio she has been busy booking 102 clients at Antina’s salon in Carnegie.

Green says she is doing what she can and is, “not stressing about it.”

She is already booked into August.

Hair Salons and barber shops can operate by appointment only

Gyms and fitness centers can also reopen with restrictions in place.

Michael and Jackie Estep who run Estep’s ATA Taekwondo studio in Kennedy Township have been preparing for months for a return to in-studio martial arts and Krav Maga self-defense lessons. They will resume in-person lessons on June 8.

Class sizes are also being reduced with markers on the floor indicating 6 feet of space between students.

They are also added 15 minute breaks in between classes to ensure the general lobby does not get crowded.

The Estep’s have been able to keep their school open virtually through Zoom classes and will continue to offer the online classes for anyone that is still uncomfortable attending in person.

While some larger movie theaters in the area remain closed in the area, even in the green phase, the Hollywood Theater in Dormont is opening its doors showing the classic 80s film “The Goonies” and the new release, “The Wretched”.

Churches and other houses of worship are exempt from attendance limitations but are strongly encouraged to practice social distancing and other mitigation efforts.

Hospitals and prisons are also allowed to begin to have visitors but are urging people be “diligent regarding hygene.”

Any gathering of 250 or more is still prohibited in the green phase.