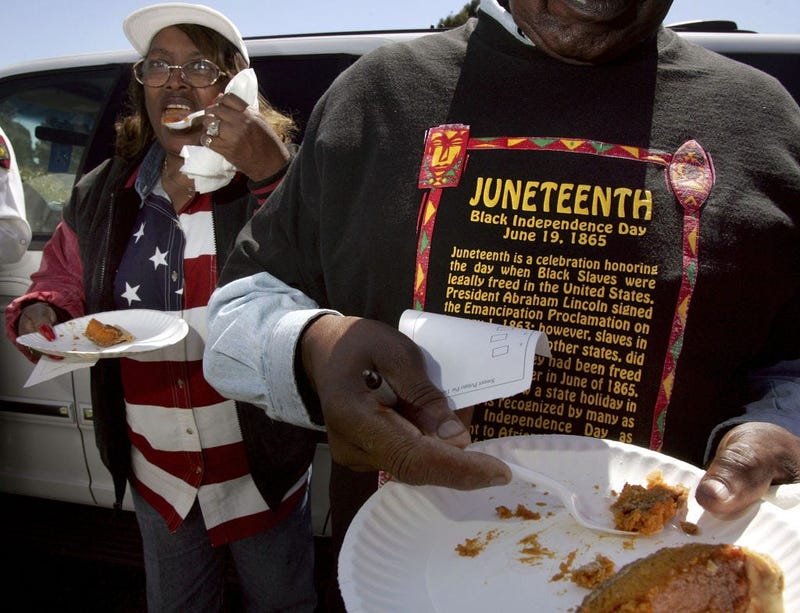 Ellis said that this was the second Emancipation Proclamation issued by Lincoln. The first happened in 1863 as a tactic to help win the war. It states that all slaves were free in the Confederate States. "It was a way to undermine the Confederacy. It was an economic hit, because slavery, primarily, was an economic operation. And it was definitely meant to cause chaos and disorder because you had people who were already running away, doing a number of different things in the abolitionist community to fight against and end slavery for good."

While this first proclamation was legally liberating, it was difficult for people enslaved in the Confederate States to run away because they were no match for the Confederate Army who were keeping slaves there by force and trying to stop the spread of the news. Ellis explained, the reason the second proclamation was so important was because the Union Army and troops were there to protect the freed slaves and enforce their liberation.

Ellis addressed the myth that the reason it took so long to free the salves in Texas was because they didn't know, that word hadn't reached them. She said this is not true and that they did know, but it was difficult for them to fight back against slave owners in Texas and the Confederate soldiers. "Their lives were on the line and I think that it's important to understand just the level of force and brutality of slavery. It's more so, this is how rough and committed to maintaining slavery that Texas was and the Confederate Army versus 'those poor Negroes who were enslaved, they didn't know that they were free' - that's not true."

She confirmed that that's the reason Juneteenth celebrations originated in Texas and began spreading across the country.

"And it wasn't called Juneteenth. It was called Emancipation Day. Now keep in mind, there were emancipation celebrations, even in the south, because they received news and Union army enforcement - the federal troops were in the south and you had African Americans who were celebrating emancipation then."

She said the celebration had become so important because Texas was the last stronghold to be defeated so it became like a symbol - finally, this is completely and totally over. And so it starts in Texas, but then it began to have Emancipation Day celebrations on June 19th all over the United States. So African Americans have been celebrating Emancipation Day, which became Juneteenth, for many years."