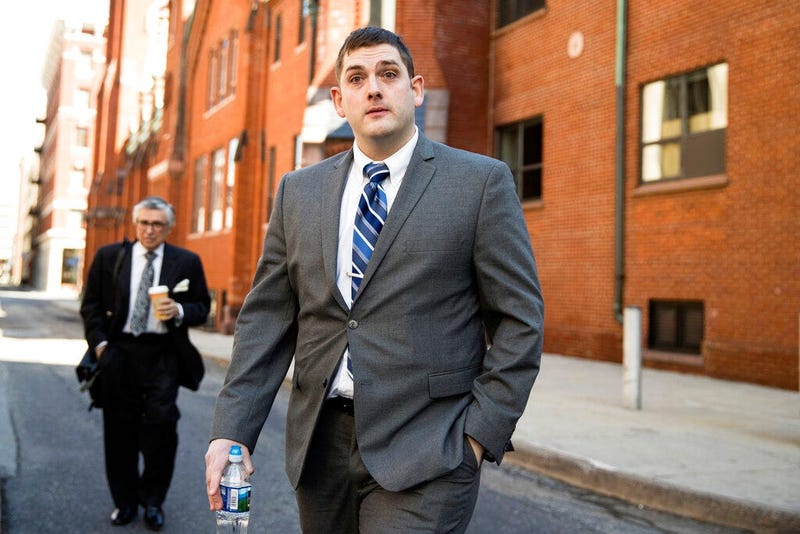 PITTSBURGH (AP) — A white former police officer charged with killing an unarmed black teenager outside Pittsburgh said Thursday he plans to take the stand in his own defense.

Former East Pittsburgh Police Officer Michael Rosfeld shot and killed 17-year-old Antwon Rose after pulling over a car suspected to have been involved in a drive-by shooting minutes earlier. Rose was shot in the back as he fled.

Rosfeld says the shooting was justified, and he told a judge at his homicide trial that he plans to testify.

Prosecutors charged Rosfeld with an open count of homicide, meaning the jury can convict Rosfeld of murder or manslaughter. The defense argued a murder charge wasn't appropriate in the case.

"What we have is a police officer doing his duty. There's not a hardness of heart required for first- or third-degree murder," defense lawyer Patrick Thomassey argued in court. "We have a burst of three shots in one second on a fleeing felon and we're going to charge him with murder? It's not fair."

Prosecutor Daniel Fitzsimmons said the fact that Rosfeld shot a fleeing Rose in the back was evidence of malice, and the judge ruled the murder counts would stand.

Prosecutors ended their case by calling three expert witnesses to the stand, including a firearms analyst who matched one of the bullets recovered from Rose's body to Rosfeld's gun — a formality since it's not in dispute that Rosfeld fired the fatal shots.

Raymond Everett of the Allegheny County medical examiner's office also told jurors that two guns with extended magazines were recovered from the car.

Rose had been riding in the front seat of the unlicensed taxi when Zaijuan Hester, in the backseat, rolled down a window and shot at two men on the street. Rosfeld pulled the car over minutes later.

Hester pleaded guilty Friday to aggravated assault and firearms violations for the shooting, which wounded a man in the abdomen. The 18-year-old told a judge that he, not Rose, did the shooting.

A neighbor shot video of Rosfeld's fatal encounter with Rose that was played for the jury. The video was posted online after the shooting, triggering protests in the Pittsburgh area last year.