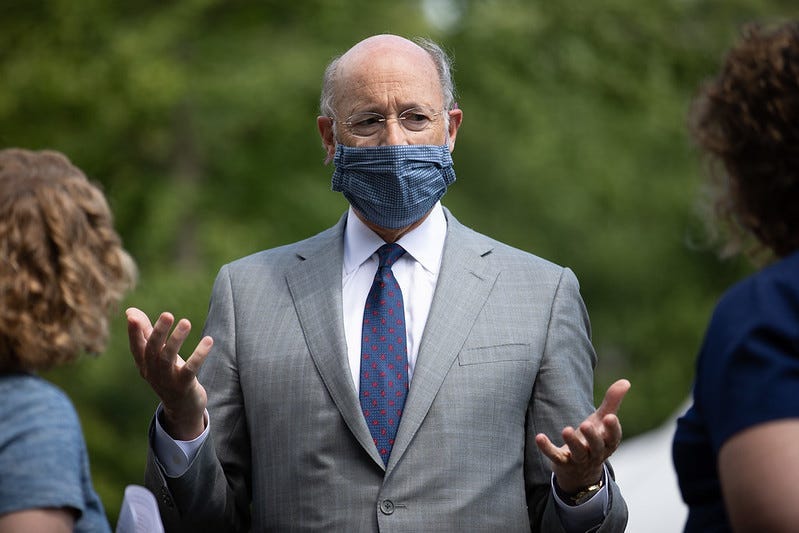 "After reviewing the record in this case, including numerous exhibits and witness testimony, the Court believes that Defendants undertook their actions in a well-intentioned effort to protect Pennsylvanians from the virus, However, good intentions toward a laudable end are not alone enough to uphold governmental action against a constitutional challenge. Indeed the greatest threat to our system of constitutional liberties may arise when the ends are laudable, and the intent is good -- especially in a time of emergency."

"The solution to a national crisis can never be permitted to supersede the commitment to individual liberty that stands as the foundation of the American experiment. The Constitution cannot accept the concept of a "new normal" where the basic liberties of the people can be subordinated to open-ended emergency mitigation measures. Rather, the Constitution sets certain lines that may not be crossed, even in an emergency. Actions taken by Defendants crossed those lines. It is the duty of the Court to declare those actions unconstitutional."

Professor Bruce Antkowiak, Constitutional Law Professor at St. Vincent College, told KDKA Radio's Robert Mangino the ruling is wide-reaching, “Apparently one of the things that was not before [Stickman] was a question about restrictions on restaurants. Other businesses- yes, and large gatherings of people- yes. Essentially, this says these provisions are certainly unenforceable going forward.”

Antkowiak said the ruling would apply to business big and small, “The constitution doesn’t have footnotes that says this applies to an individual who wants to have a huge indoor flea market but not to those who are serving brisket for dinner at their restaurant.”

Antkowiak expects the Wolf administration to appeal the ruling.