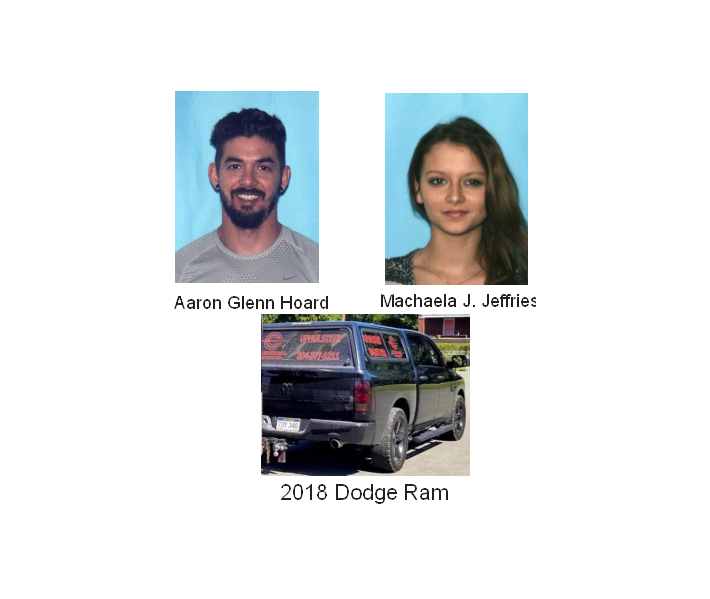 TERRA ALTA, W.V. (NewsRadio 1020 KDKA) — Authorities in West Virginia are searching for a couple that's on the run after a fatal shooting in Preston County.

It happened Sunday at a bar in Terra Alta where a 38-year-old man was murdered. The suspects are 33-year-old Aaron Hoard, accused of shooting the man, and his girlfriend, Machaela Jeffries and possibly their one-year-old child. They may be traveling in a black 2018 Dodge Ram.

They're considered armed and dangerous. Anyone with information or who sees them should call 911.