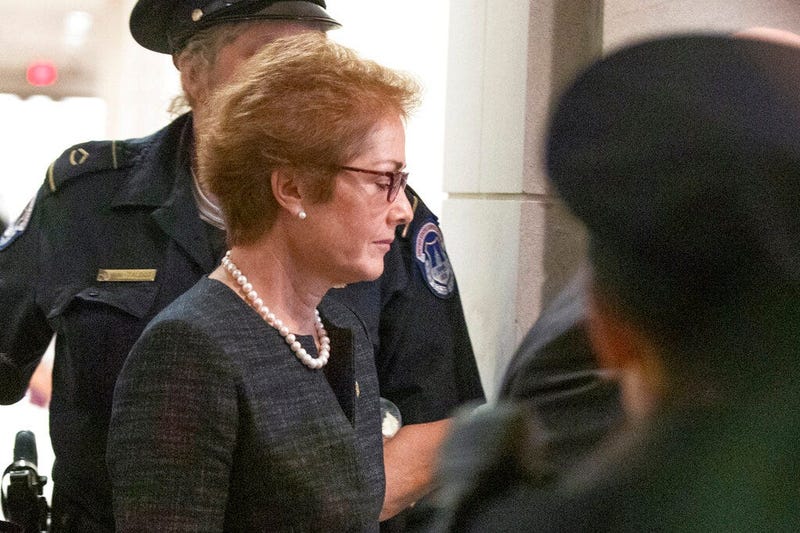 Former U.S. Ambassador to Ukraine Marie Yovanovitch told lawmakers Friday that the State Department was pressured by President Donald Trump to remove her from her position.

Yovanovitch said in an opening statement obtained by The Associated Press that she was "abruptly" recalled in May and told the president had lost confidence in her. She said she was told by an official that there was a "concerted campaign against me" and that Trump had pressured officials to remove her for almost a year.

She said in the statement she was incredulous that the government had chosen to remove her "based, as best as I can tell, on unfounded and false claims by people with clearly questionable motives."

Democrats are questioning Yovanovitch as part of an impeachment investigation into Trump's dealings with Ukraine.