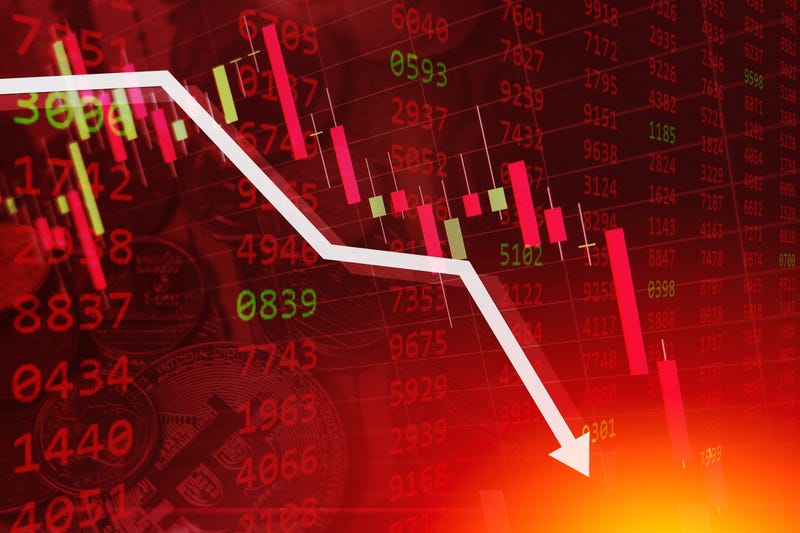 The economy is in the tank thanks to draconian measures to hide from a virus that will eventually take its toll and exact its ransom, regardless of how we prolong its cycle.

The solution proposed by our politicians: dig a deeper hole of debt.  The pit of oblivion.

Yes, people need financial help.  Millions are suffering and our government has nothing in reserve.  Nearly 26 million of our neighbors say they cannot put enough food on their tables.  Many had previously paid into a system that simply lied to them.  Forget about the extra $600 in weekly money.  Five months into the pandemic many of those forced to the sidelines have yet to even receive an unemployment check.

After years of paying an average of 21% of every dollar in taxes, the rainy day jar is empty.  In fact, it was smashed open years ago.  In the shards lies a note: IOU.

The only thing that leaders in Washington can offer is to charge up our credit card.

The unprecedented disaster warrants the stimulus action.  It should not even be a Capitol Hill discussion.  As a nation, we should be able to put a few charges on the card until we get back on the job.  However, that can was already kicked down the road.  We already maxed things out on other stuff during the good times.

How about the politicos lean on their cronies to freeze bank notes owed on cars, houses, college tuition, etc. instead of printing more money to hand out?  After all, wasn’t it the taxpayer who was forced to bail out those esteemed institutions that were deemed ‘too big to fail’ a few years back?  How about those bankers do us a solid?  Time to return the favor.  Time to pay us back.

Times like this are exactly why people like me argue against frivolous spending on things like overlapping programs, vanity projects, or subsidies outside the proper roll of Federal responsibilities.  Expanding funding to the all-important Pakistani film industry in the name of national security comes to mind.

When Washington fires up the printing press, each taxpayer goes deeper into debt.  Every trillion dollars spent equals roughly $7,000 added on to that bill - which is already $214,000 for each of you waking up to go to that soul-crushing job.

What if you are not a taxpayer but live within the borders of the USA?

Congratulations, man/woman/child!  You each owe, on average, $81,000 in debt regardless of how pristine your personal finances are.  And, judging from a report which indicates that the average American cannot scrape together $400 for an unforeseen emergency, I’m guessing our collective wallet is as pure as slush.

Printing money with nothing to back it is lethal.  The money is essentially worthless like the bills that you throw around while playing Monopoly.  Neat, colorful paper with impressive artwork printed on it.  For every dollar that comes off the presses of the Bureau of Engraving and Printing an estimated .55 cents is added to our national debt.

As a result, the value of the dollar goes down and prices of goods & services go up.  This present is a hidden tax called ‘Inflation.’

Imagine being born TODAY!?  What a gift we are giving to those who follow us!

After the bundle of joy is pulled from the birth canal, a doctor slaps its butt and wishes it ‘happy birthday’ while Uncle Sam hands the newborn a bill for $81K!  Good luck.