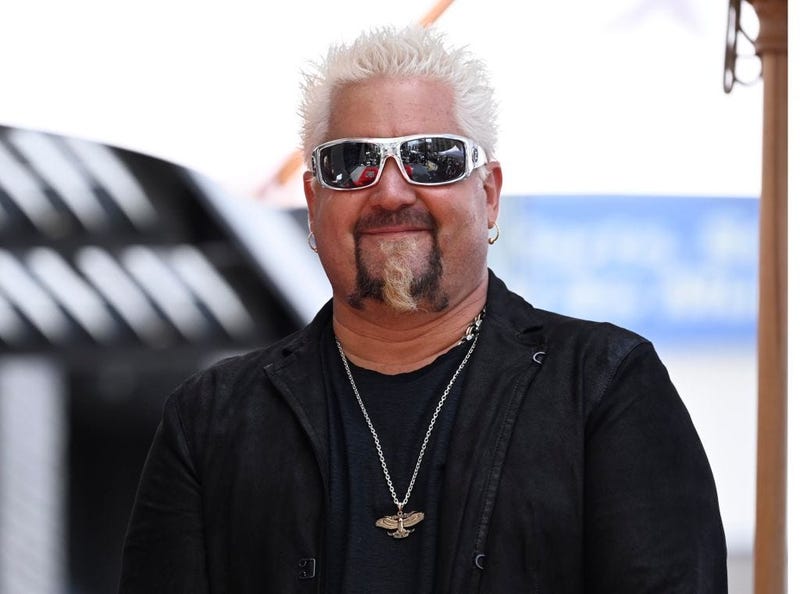 It started with Confederate monuments and memorials. Then, inched into flags, banners, and bases.  The ‘mission creep’ has incrementally expanded from the Antebellum-era to the Founding Fathers and beyond.

Now, Columbus is in the crosshairs of the those who continuously target varying aspects of our society.

We are not  just talking Christopher Columbus statues - but American cities named after the Explorer who, in fourteen hundred and ninety-two, sailed the ocean blue.

In Ohio - derived from a Seneca word for ‘good river’ or ‘large creek’ - 17,000 people have signed a petition to change the name of the capital city to ‘Flavortown.’  This change would honor native-son and flavor of the decades, Guy Fieri.  He is the current face of food!  The entrepreneur and restaurateur is best known as the TV-host of ‘Diners, Drive-Ins, & Dives.’

I love the show but this promotional stunt would be an absolute disaster!  The joy of re-writing history would be short-lived.

I can hear the complaints already.

How could a major city be named after someone who has profited from exploiting people’s hunger?  He has literally made millions off of providing people food.

Besides, a lot of these ‘Diners, Drive-Ins, & Dives’ offer greasy servings of fried food.  Many of the dishes feature unhealthy and unethically harvested animal protein.  This is not socially acceptable today.

Of course, Carnivores will be happy.  Vegetarians may tolerate it.  However, Vegans will have none of it.  Omnivores?  Well, let’s just say that the ‘foodie-version’ of political libertarians will be fine with it until the last line of a famous Martin Niemoller poem.

Changing names is a political version of ‘whack-a-mole.’  A name deemed acceptable, honorable, or appeasing today will be offensive tomorrow.  It will never end.  The controversy will keep popping up.

That is why Eighty-Four, PA is so cutting edge - Its name is a number.  Just don’t ask how that number was selected, one of the theories may upset you.  You may also dislike ’84’ if you shelled out $200 on an Antonio Brown jersey.

Maybe all places should be named after numbers instead of fallible humans.  Who cares about stories of redemption or reconciliation?  Why bother looking at an entirety of one’s complicated life & time when a simple snapshot will do?

Every town would be a zip code.  Every school would be known by truancy rates or the amount spent to educate each student.  Every region would be an area code.  Every state would be designated by its admittance into the union - Until we dissolve the union over political differences.

Delaware would be stripped of its nomenclature honoring Thomas West, 3rd Baron De La Warr.  Yep, the common name of the native Leni Lenape clan is actually of British origin and sounds French.  Moreover, who cares about history.  Delaware will be deemed ‘District #1.’  It would be known for chemical production.

OK.  Bad example.  Just imagine how cool it would be if we just banished all of our offensive, historical, educational names.  The very names that oddly meld various cultures into one nation.

Don’t worry, forgetting history and assigning everything a number would never turn out to be a real-life version of ‘The Hunger Games’ or ‘The Prisoner.’