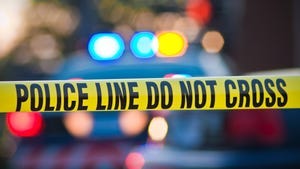 Allegheny County Police have opened an investigation into a shooting that occurred Thursday afternoon in Avalon.

Just after noon on Nov. 19, Avalon Borough Police responded to a call for a shooting in the 500 block of Girard Avenue.

When officers arrived to the scene they found a 23-year-old male suffering from a gunshot wound to the head.

The 23-year-old was taken to a local hospital in critical condition.

A 17-year-old male appeared at another area hospital suffering from a grazing gunshot wound to his head; He has since been released from the hospital following medical care.

Allegheny County Police Homicide Detectives were requested to investigate by the Avalon Police.

Detectives have learned through statements and evidence that both the men engaged in a dispute and struggled over a handgun when the shooting occurred.

The handgun has since been recovered by police and the investigation is ongoing.

The Allegheny County District Attorney’s Office will determine if criminal charges will be filed against either of the males.