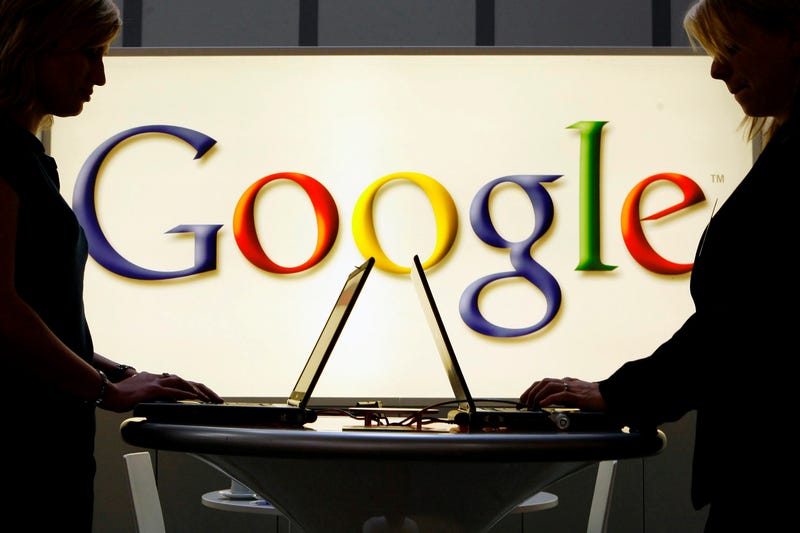 WASHINGTON (AP) — The Justice Department's lawsuit against Google alleging antitrust violations marks the government’s most significant attempt to protect competition since its groundbreaking case against Microsoft more than 20 years ago. The lawsuit claims Google has abused its dominance in online search and advertising to stifle competition and harm consumers.

Here are five things to know about the lawsuit and what might be coming down the line.

After years of hemming and hawing over the matter, the U.S. government has now formally described Google as an illegal monopolist.

Just being a monopolist isn't illegal. And that's been good for Google, since it dominates roughly 90% of the market for internet searches. But abuse of monopoly can easily land a company in trouble.

The Justice Department went there, calling Google a “monopoly gatekeeper for the internet” that has used “anticompetitive tactics” to maintain and extend monopolies in both search and search ads. The lawsuit alleges that Google stifled competition and innovation from smaller upstarts and harmed consumers by reducing the quality and variety of search options — and that the company also uses its monopoly money to lock in its favorable position on smartphones and in browsers.

Unsurprisingly, Google sees this differently. The company argues that its services are useful and beneficial to consumers, that they face ample competition and that they've unleashed innovations that help people manage their lives.

What's more, those services are free for consumers to use, at least in monetary terms. What Google doesn't often remind its users is that it's handsomely reimbursed by all the search ads it runs on behalf of outside advertisers, which it targets using the personal information its users hand over, often unknowingly, while taking advantage of its “free” services.

Google also emphasizes that its services hold down the cost of smartphones and that its lucrative exclusive deals to make Google Search the default on many phones — what the government calls its “exclusionary agreements” — don't stop users from changing to rival search engines if they want to.

DO POLITICS LURK BEHIND THE CASE?

From the timing of the case to its co-plaintiffs, the Justice Department's lawsuit raises unanswered questions about the politics behind the move. For starters, there's the fact that it filed the suit exactly two weeks before Election Day, a time when most administrations generally try to avoid making splashy moves for fear of being seen as attempting to influence elections.

It also did so in conjunction with just 11 states, all of whom have Republican attorneys general, despite the fact that all 50 states kicked off an investigation of Google roughly a year ago.

The attorneys general of New York, Colorado, Iowa, Nebraska, North Carolina, Tennessee and Utah released a statement Monday saying they have not concluded their investigation into Google and would want to consolidate their case with the Justice Department’s if they decide to file.

GOOGLE AS THE NEW MICROSOFT

The case against Google bears a strong resemblance to one the government brought 22 years ago against the Goliath of the time: Microsoft. But Google's days as the fledgling startup looking to “do no evil" are long behind it.

Back then, Google cast itself as the underdog fighting against a technological bully. The Justice Department's Google case today revolves around the company bundling products around its dominant position in search — much like the 1998 case against Microsoft revolved around its bundling of other products around Windows.

Tuesday's lawsuit notes that back then, Google claimed Microsoft’s practices were anticompetitive, “and yet now, Google deploys the same playbook to sustain its own monopolies."

Google sniped back in its own response to the lawsuit. “This isn’t the dial-up 1990s, when changing services was slow and difficult, and often required you to buy and install software with a CD-ROM," the company said in a blog post. “Today, you can easily download your choice of apps or change your default settings in a matter of seconds."

ADVERTISERS AS ... THE VICTIMS?

Google will hold more than 29% of the U.S. digital advertising market by the end of this year, with Facebook following second with 24% and Amazon third, according to research firm eMarketer. But that's all digital ads — in search ads only, Google is by far the heavy, holding nearly three-quarters of the market.

This, the DOJ argues, unfairly shuts out any would-be competitors, and can leave advertisers themselves with subpar service and few alternatives.

The lawsuit charges that Google’s “exclusionary” conduct stifles competition in search advertising, thus harming advertisers. By suppressing competition, Google has more power to manipulate the “quantity of ad inventory auction dynamics” — that is, how much advertisers pay for their ads — in ways that allow the company to charge advertisers more than it could in a competitive market, the lawsuit says.

Plus, Google can also offer businesses lower-quality ad services if it wants to, the lawsuit argues — for instance, by restricting the information it provides them on their own marketing campaigns. Without viable competition, who’s to stop it?