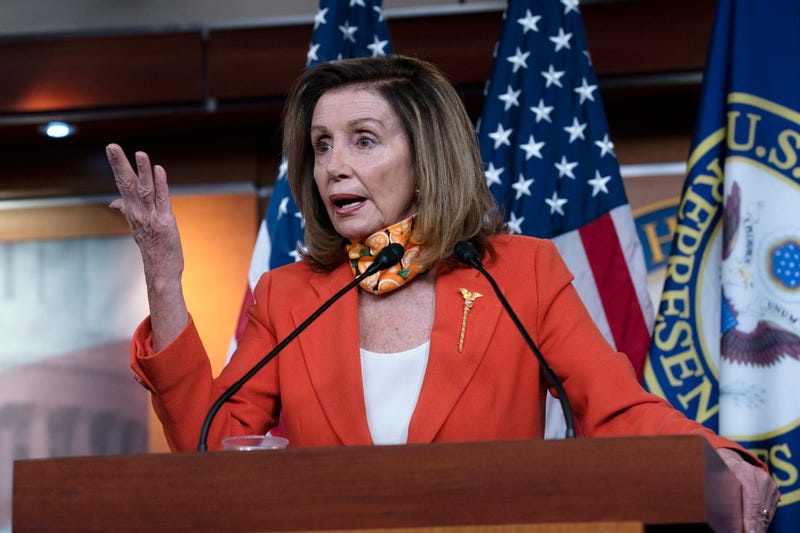 WASHINGTON (AP) — House Speaker Nancy Pelosi is taking extraordinary steps to prepare for the 2020 election, seeking to increase Democrats’ hold on state congressional delegations in the highly unusual scenario that the House is called on to resolve a disputed presidential contest.

“We cannot leave anything to chance,” Pelosi said in a letter to colleagues, emphasizing the importance of winning House seats for Democrats — not just to expand their majority but to prepare for the possibility that the House must settle the presidential race.

She said she made the planning public after President Donald Trump claimed recently that, if the election ends up in Congress, he has the advantage over Democrat Joe Biden, because Republicans control a few more delegations in the House.

“It’s sad we have to have to plan this way, but it’s what we must do to ensure the election is not stolen,” Pelosi said Sunday in the letter.

She said Trump has shown he “will do whatever it takes to remain in power.”

The strategy being put in place by Pelosi is one of several scenarios envisioned ahead of the election as Trump and Biden face off this week in the first presidential debate. Early voting is already underway in several states.

Tensions are high and rather than seeking calm, the president is sowing doubt about the nation's ability to conduct a legitimate election, even though there is scant evidence of voter fraud. Trump tweeted fresh claims Monday of problems with ballots, but with no actual examples. “Many things are already going very wrong,” he said.

Meanwhile, states are bracing for a surge of mail-in ballots as voters avoid polling places due to potential health risks of gathering in crowds during the coronavirus pandemic. Tabulating the results could drag on for days, leaving the country exposed to foreign interference or other campaigns trying to influence the outcome.

Normally, Americans cast their ballots for president and states certify the results through the Electoral College, which is made up of electors from the states. A joint session of Congress convenes Jan. 6 to tally the Electoral College votes and announce the winner. Typically, the decision has been resolved well in advance, usually on election night.

But if the Electoral College is deadlocked or unable to reach a majority outcome, the question goes to the House as a “contingent election."

Each state’s congressional delegation, consisting of the newly elected House lawmakers, casts one vote to determine the presidential outcome, according to the House history website. The new president is to be inaugurated Jan. 20.

Democrats are not in serious danger of losing their majority in the House. But as of now, Pelosi explained, Republicans have a “razor thin” margin — 26 of the state delegations, compared with 22 for Democrats. Two states are essentially tied.

“We must achieve that majority of delegations or keep the Republicans from doing so,” Pelosi wrote.

Only a few elections have been decided in the House, and none since the 1800s.

Pelosi said Monday on MSNBC that she has been working on various scenarios for a while but went public once Trump started talking openly about relying on the House to win the election.

Lawmakers in Congress have been quietly gaming out scenarios for weeks.

“We are planning for all eventualities, I can tell you that,” Rep. Andy Levin, D-Mich., said earlier this month.