The KDKA Radio Super 7, established in 2020, honors the top high school football players in each classification of the WPIAL as well as the Pittsburgh City League.

In WPIAL history, not many freshman have started at quarterback in a championship game. But Birch did this year. It was part of a tremendous season for Jeannette's freshman QB. He helped Jeannette win a WPIAL title before injuring an ankle in the title game and missing the state playoffs. Birch was one of the most successful quarterbacks for a freshman in WPIAL history. He completed 106 of 184 for 1,676 yards and 28 touchdowns. He also rushed for 282 yards.

In one game against Bishop Canevin, he had an unforgettable half. He threw five TDs in the second quarter, which tied for third-most in U.S. high school football history. He had seven TD passes in the same game, which ties for the fifth-most nationally. 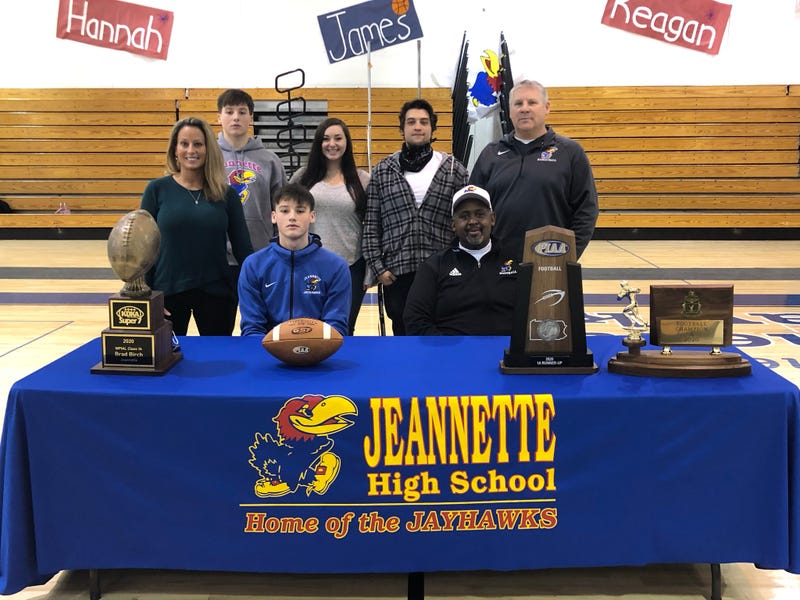 Bruce was a jack-of-all trades for Westinghouse, which won a second consecutive City League title. His best position was defensive back, but he also played some at "wildcat" quarterback and a little at receiver. He was also an excellent kick returner with five touchdowns on kick returns. He returned three punts for TDs and 2 kickoffs for TDs. He was the team's leading tackler and intercepted four passes. He was a team captain for three years. 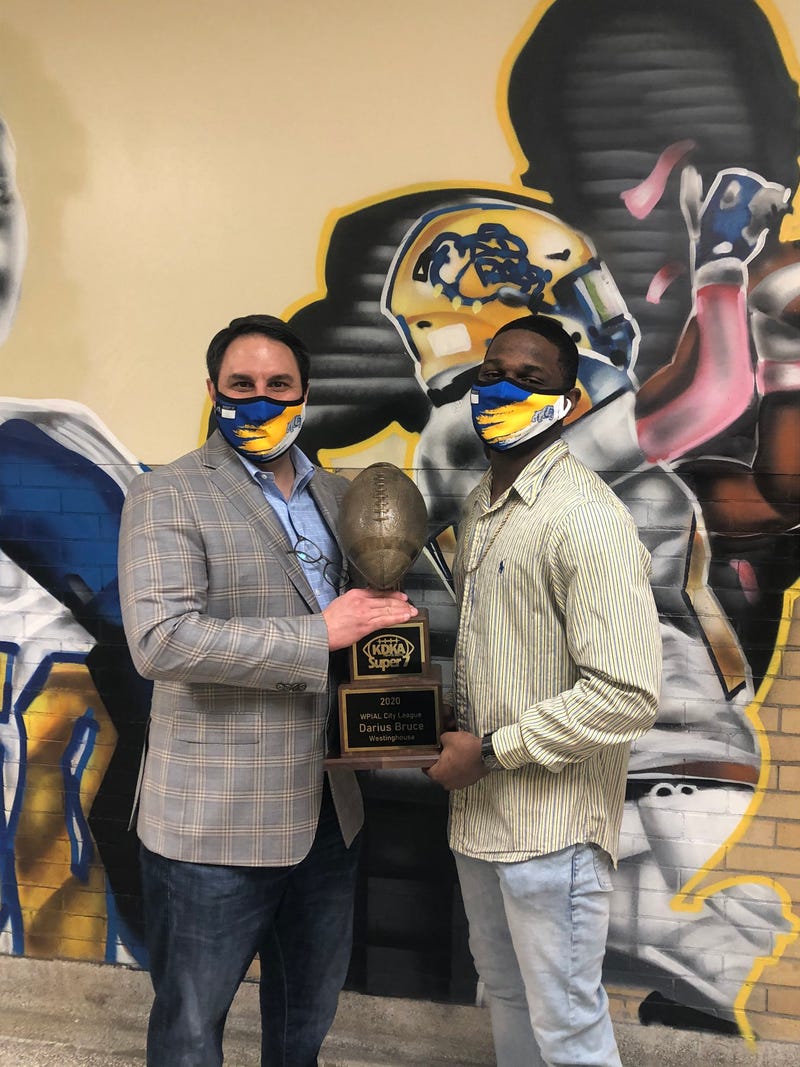 JOSH HOUGH, BEAVER FALLS, RB-LB (6-3, 240)
Battle went to Beaver Falls High School to present 2A Player of the Year Josh Hough his honor at an assembly held for the Syracuse commit.

Hough's yards per carry average was surreal for the WPIAL Class 2A champions. Rushed for 1,920 yards on 113 carries. That comes out to 17 yards a carry. He was also was a force on defense. As a running back who played three years, Hough finished with 4,011 yards on 368 attempts, which comes out to a 10.9 yards per carry average. Has made oral commitment to Syracuse and also had offer from Pitt and other Div. 1 colleges. 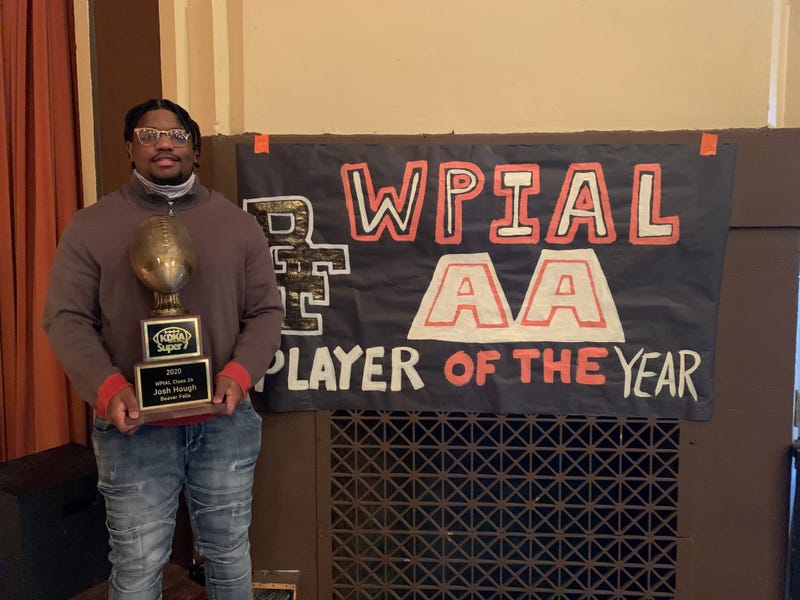 Josh Hough poses with his KDKA Radio Super 7 trophy in front of a banner inside Beaver Falls High School. 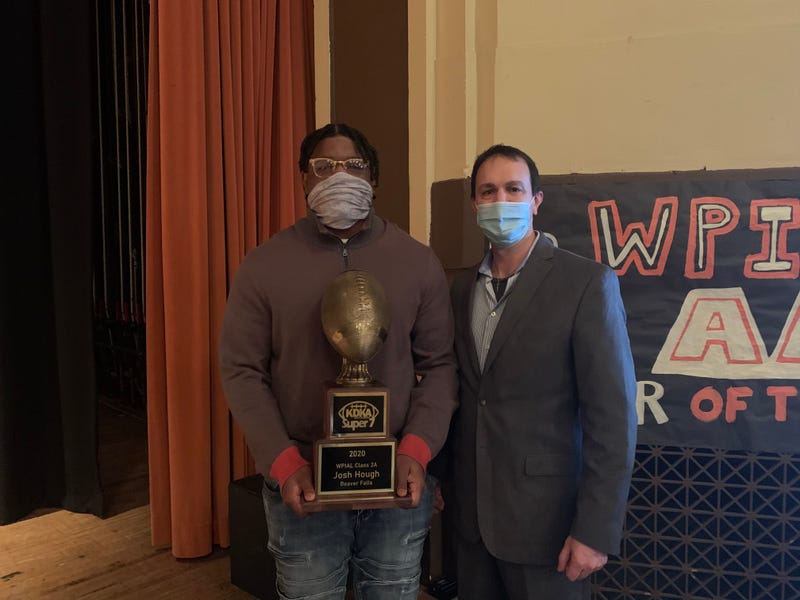 Kevin Battle of the KDKA Radio Morning Show presented Hough with his KDKA Radio Super 7 2A Player of the Year award. 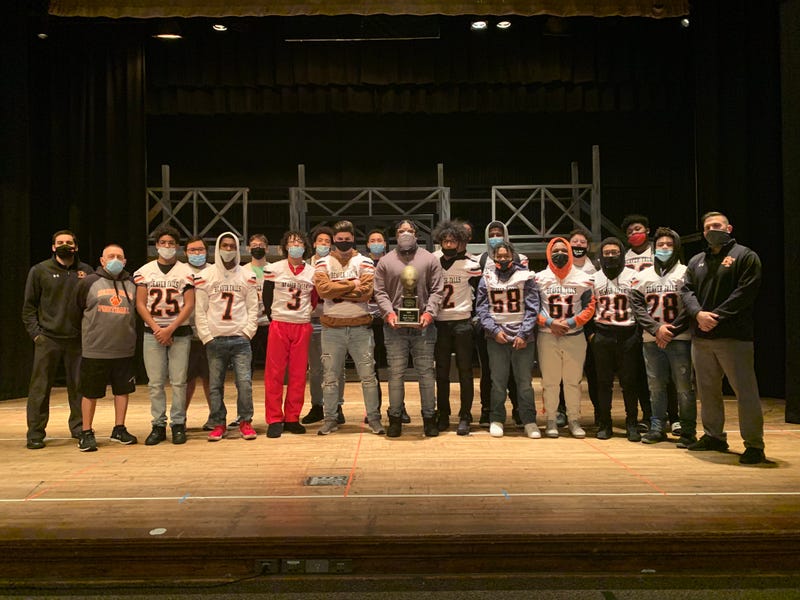 Hough poses with his Super 7 trophy with the rest of his Tigers teammates at an assembly held to honor the Syracuse committ. 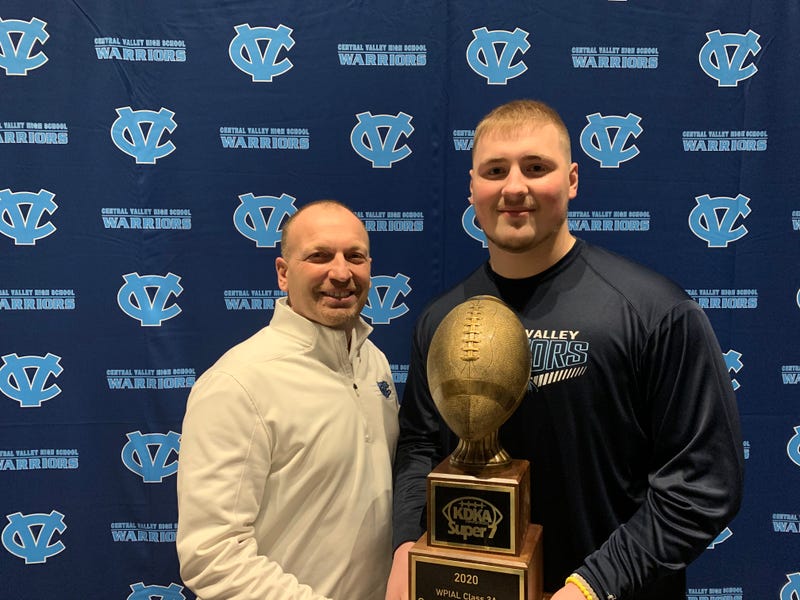 JAKE PUGH, THOMAS JEFFERSON, QB (5-10, 160)
A Thomas Jefferson alumnus, Battle then went to his old stomping grounds to Jaguars country to give quarterback Jake Pugh his award for being the top player in 4A.

Pugh had to wait his turn, sitting behind standout QB Shane Stump for a couple years, but once he got his chance, he took off with it. He helped Thomas Jefferson win WPIAL and state titles for a second consecutive year. He completed 113 of 192 for 1,881 yards and 25 touchdowns. Also scored six touchdowns. 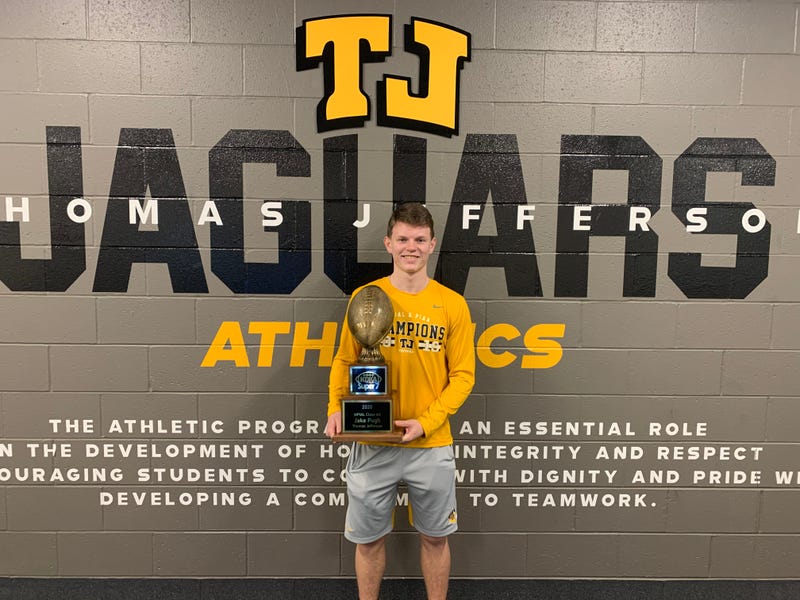 Thomas Jefferson quarterback Jake Pugh poses with his award as KDKA Radio Super 7 4A Player of the Year inside the Jaguars athletic facility.

COLE SPENCER, PINE-RICHLAND, QB (5-10, 175)
Sports reporter Jim Colony then made his way to the home of the WPIAL and PIAA 5-A Champions, Pine-Richland to connect with Rams head coach Eric Kasperovicz and QB Cole Spencer, the 5A Player of the Year.

Spencer helped team to WPIAL and state titles. This season, he had nearly 3,000 yards offense in 11 games, threw for 2,626 yards and completed 71 percent of passes. He accounted for 41 total TDs, rushing and passing.

He is the 9th leading passer in WPIAL history with 7,090 yards and has 1,457 yards rushing. That gave him 8,547 career yards. He accounted for 110 total TDs rushing and passing. Spencer was 32-5 as starting QB. He is also one of WPIAL's top wrestlers and will wrestle at Penn of Ivy League. 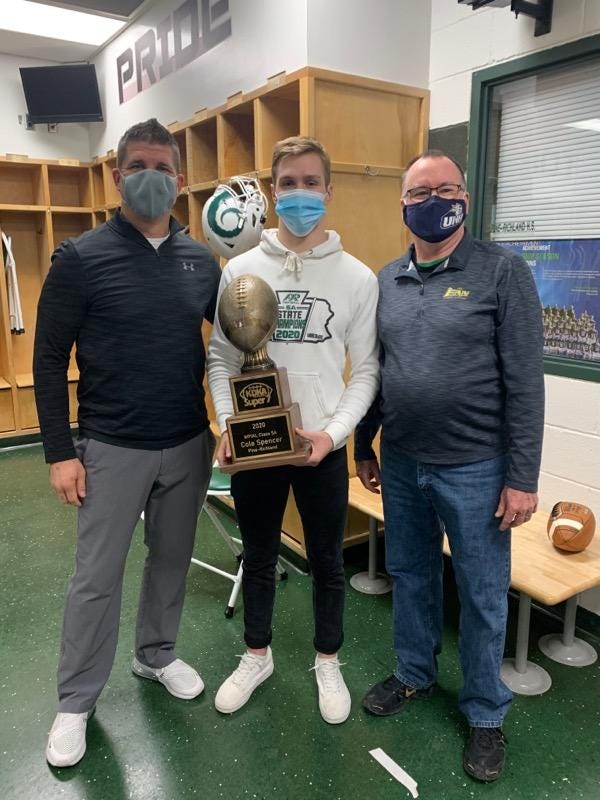 Tillman was gigantic for Central Catholic past few years. He helped Central Catholic win a WPIAL 6A title. He came on strong late in season and playoffs. He rushed for 982 yards. Tillman rushed for 2,047 yards as a junior and finished career with 3,855 yards on 529 carries and scored 46 touchdowns. 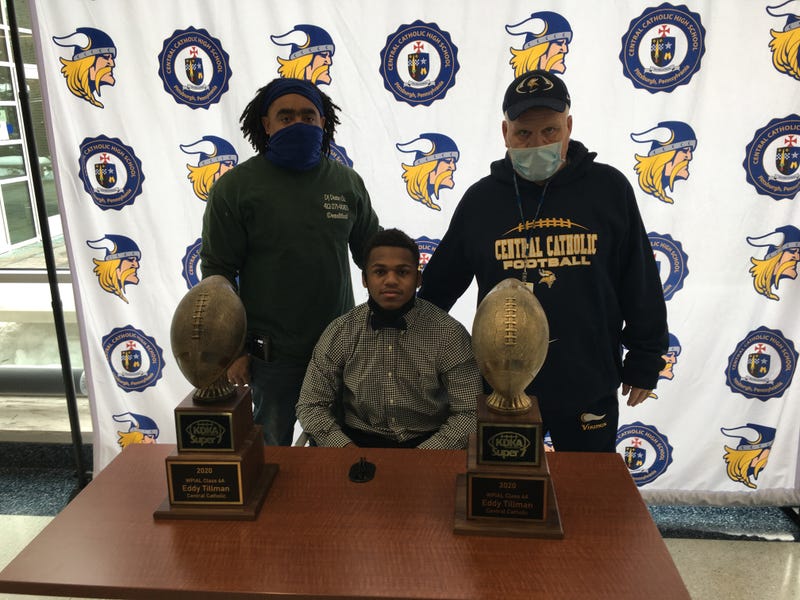