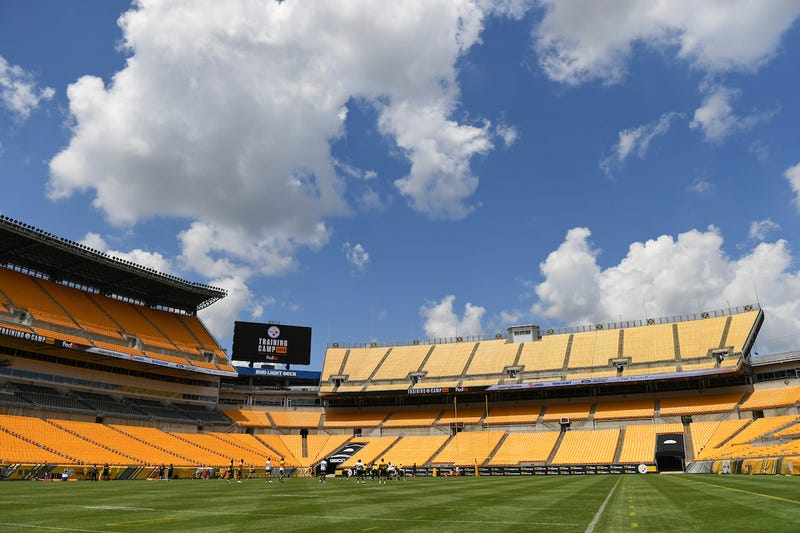 The Pittsburgh Steelers have confirmed that a call will take place between them and the PA Department of Health sometime this week to discuss the possibility of allowing fans in the stands, in some capacity, soon.

The Steelers Director of Communications Burt Lauten told the fan the call is expected to take place this week, but the specific day is not at least, publically known.

Last week the Steelers said they were “optimistic” fans would be allowed in the stands at an unknown reduced capacity, starting with their October 11 game against the Philadelphia Eagles at Heinz Field.

The Eagles also have to follow the same protocols with no fans currently in the stands.

In a statement last week, Lauten told 93.7 The Fan, “As we previously announced, we will not have any fans at our home games in September. However, we remain optimistic about hosting a limited amount of fans at Heinz Field beginning with our game against the Philadelphia Eagles on October 11.”

During a news conference earlier this month, State Health Secretary Dr.
Rachel Levine seemed pessimistic that fans would be allowed in stands anytime soon, saying it was in the public’s best interest to now have fans at games at this time.

On Monday, Pitt Coach Pat Narduzzi once again asked for at least the families of the Panthers players to be allowed in the stands adding that families didn’t need to be 10 feet apart, they could be 60 feet away.

Last week, the county lifted their more restrictive coronavirus mitigation rules and now follow the state’s current guidelines. Outdoor events can currently have up to 250 people, but with Heinz Field holding over 65,000 seats, it would appear that at least a few thousand fans could attend a game safely distanced.

Both the Steelers and Pitt have played their games at Heinz Field this year with no one in the seats.