﻿Retiring tight end Vance McDonald and Steelers quarterback Ben Roethlisberger got emotional after McDonald revealed he was hanging up his cleats, but don’t worry it was manly.

On Friday, McDonald met with reporters from his farm via Zoom to talk about his decision to retire from football.

While McDonald says he knew in the spring that 2020 was going to be his last year, he kept it from his teammates until the end of the season.

He adds the moment was so emotional he doesn’t remember a lot of it.

“I mean we were both super sad,” said McDonald. “We embraced in a very manly way (he said with a smile on his face) so we just hugged in the middle of the locker room. Man, he was crying, I hope that he’s not upset that I said that, but he was crying, I had some tears on my face, I was joyful more than anything in the moment because it was a decision that I personally had thought of and came to terms with.”

While he knew it was going to be the end of the road for him, McDonald says it was hard not being able to continue in the playoffs after losing to the Browns in the first round.

“We pulled away from each other and I looked at him and I whispered, ‘hey this is it for me, I’m done’,” McDonald said about his conversation with Roethlisberger.

He said after that it wasn’t about football and he was just grateful he was able to play with “a future hall of fame quarterback.”

McDonald says that Roethlisberger was the first person he shared the news with, “just because of the amount of respect I have for him.” 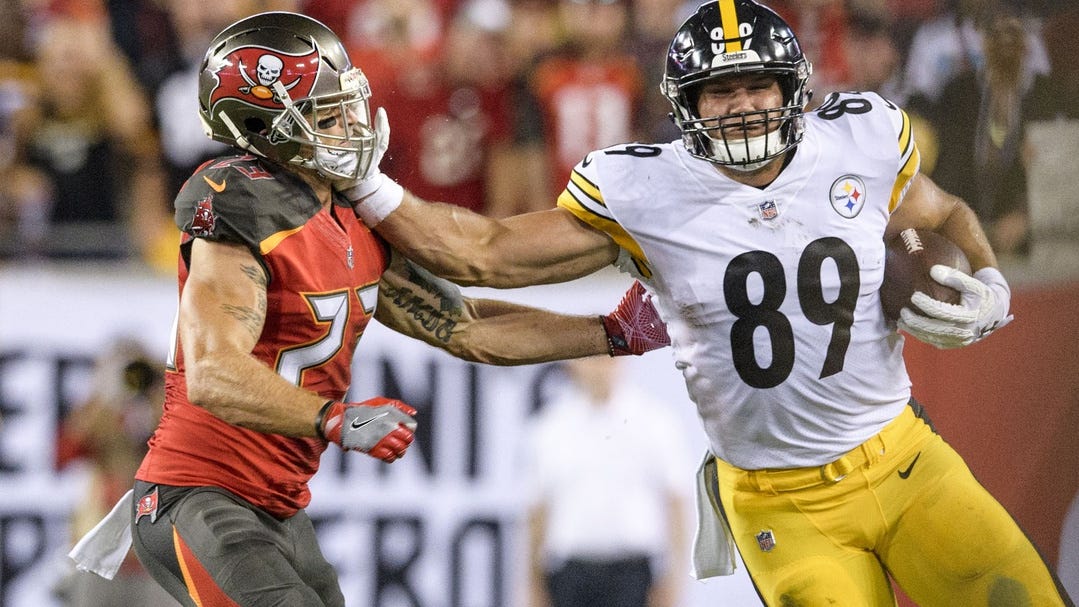 McDonald’s post football career will focus on his Hidden Meadow Farm and Retreat where “faith-based leaders, non-profit teams, and others can find respite, refreshment and renewal so that they are empowered, encouraged and equipped to stay the course and fulfill the calling on their lives and ministries,” according to the farm’s website.

McDonald is the Steelers representative for the NFL’s Walter Payton Man of the Year. The award is given to a player who makes a positive impact on the field as well as how they give back to the community.

Along with Roethlisberger, McDonald teamed up to support their favorite non-profit, Convoy of hop and started the Trucks of Hope campaign to bring non-perishable food, PPE and other COVID-19 relief supposed to those in need around Pittsburgh.