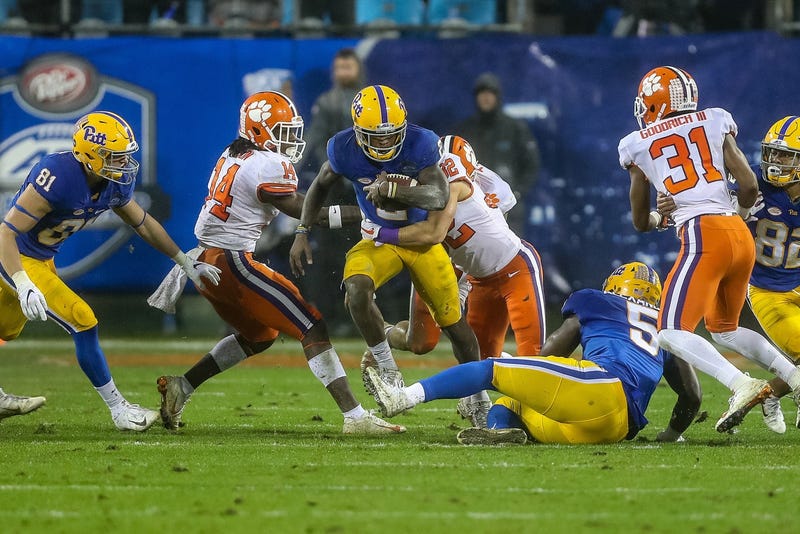 PITTSBURGH (93.7 The Fan) – He’s done it before, with Pitt, been a huge underdog at Clemson and won the game. So how does head coach Pat Narduzzi prepare the Panthers to play at the number 4 Tigers?

“Really worry about what we do, not worried about Clemson and who they are,” Narduzzi said on Monday.  “It’s about us executing.  I don’t think we need to talk about, I don’t know what the underdog is.  What are we, 40 point underdogs?  I don’t know what we are.”

The line started this week as Clemson favored by 25 and a half points.

That being said, they try and make it as much about Pitt as possible.

“The big thing we have to do is worry about us,” Narduzzi said.  “Our kids will go down there with confidence and then they have to play with emotion because it’s an emotional game you better have enthusiasm, better have energy.”

“It’s an amazing opportunity,” said senior kicker Alex Kessman.  “We all know it.  We’re not taking it for granted.  The level of focus is there.  The discipline is there.  We have to just go execute.”

Narduzzi said to play during this pandemic, you have to earn every game.  A victory Saturday would be the hardest earned in his career.