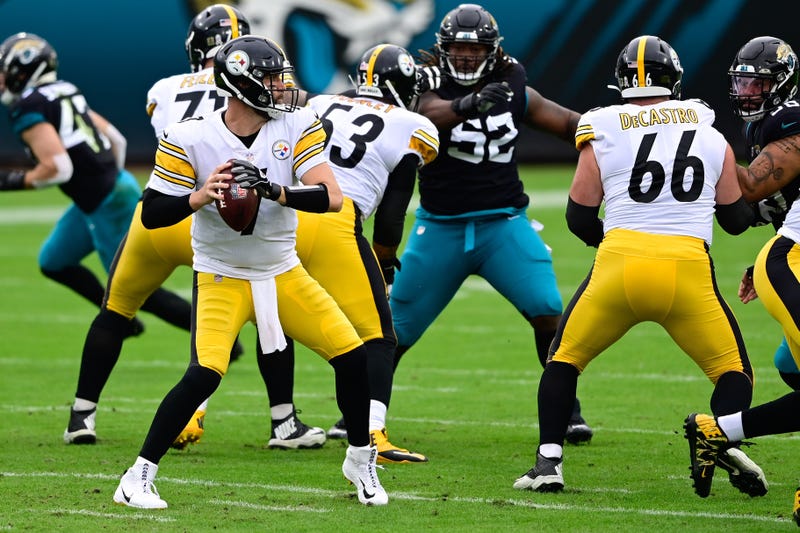 PITTSBURGH (93.7 The Fan) – Ben Roethlisberger said his arm feels great despite throwing it 134 times over the last three games. More of his concern is not doing enough offensively against Jacksonville on Sunday as they prepare for the Ravens Thursday night.

“We have to break formations quicker,” said offensive coordinator Randy Fichtner.  “We have to create more time at the line of scrimmage for protection

calls. We have to play with a little better sense of urgency. We drop a ball here, and we may be off a little bit on route depth. Maybe a decision made by Ben [Roethlisberger] is one he would want to have back.  Maybe a little edge in protection.  We had our moments running the ball, but they weren’t consistent

enough.  I think just all of that.”

It’s not to belabor the point of the running game, Roethlisberger does not believe the offense has those kind of issues.

“I don’t think it really matters how many times we run it or throw it as long as we win the football game,” Roethlisberger said.  “We can beat the dead horse on the RPO and the short passes are the same as runs.  We quote, unquote need to run X amount of times.  No we don’t.  We need to win a football game and that’s what we have been doing.  Maybe we’ll throw it 70 times this week.”

Ben again praised the selflessness of his receiving corps, saying that expands to the tight ends and running backs.  The 17-year-vet may have as much confidence in this group of receivers, his youngest ever, than in any other especially when he improvises.

“I’ll tell each guy a route, but it won’t make sense in the grand scheme of a specific play.  Each individual guy has to know what each route is, what each concept is, no matter what position they are playing.”

The passing game has been the offensive catalyst this season and while they won’t downplay a 10-0 start, they want more from the overall group.  Even from one that is fourth in the NFL in scoring.

“Sometimes they do things that prevent you from doing that. A lot of times we look at ourselves and say that we kept ourselves from doing that. The game has usually always been about us. Talking about on a short week, it’s about what we do and how we do it."