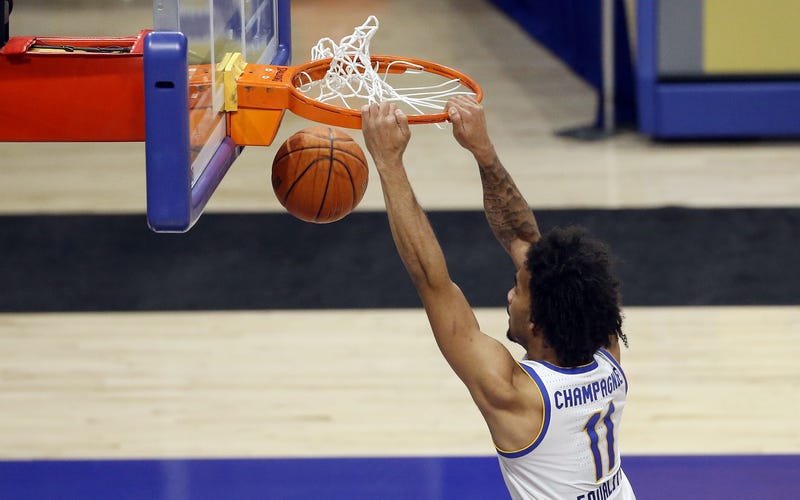 After three straight wins, which matches the Panthers’ second-longest conference winning streak since joining the ACC 7 years ago, things are certainly looking up for the Pitt basketball team.

In fact, at 4-1 in the ACC, Pitt is only looking up at 2 teams in the conference standings – 13th-ranked Virginia and number 16 Virginia Tech. It’s not inconceivable that a fourth straight victory Saturday at Wake Forest could vault them close to a national ranking, if not into the Top 25 itself.

Now the trick is to keep that possibility away from the players.

This week on the Fan Morning Show, Jeff Capel pointed out what happened a year ago when they started to have even a little bit of success. His mostly young Panthers were hovering close to .500 in ACC games (6-7), only to lose 7 straight to finish the regular season.

Then after a day off, something happened at Pitt’s practice that was a little alarming but may pay off in the long run.

“Practice today, it was terrible, I’m not going to lie to you,” point guard Xavier Johnson told the media Thursday afternoon. “We just weren’t playing like us, our defensive assignments like we (should). The walk-ons kicked our (you know what).”

Johnson says Capel let them have it. “Oh yeah, he let us know. He ran us almost every time.”

“It was kind of rough,” forward Au’Diese Toney agreed, “I don’t know if we were tired or anything; our minds and bodies just weren’t there.”

Toney hopes the poor practice served as a wake-up call; in fact, it already did.

“We snapped back out of it,” added Toney who expected a better practice Friday before leaving for Wake Forest. “We need that road win.”

If the Panthers can win at Wake, it would match their longest ACC winning streak. They started out 4-0 their first year in the ACC 8 seasons ago and haven’t won 4 straight conference games since.