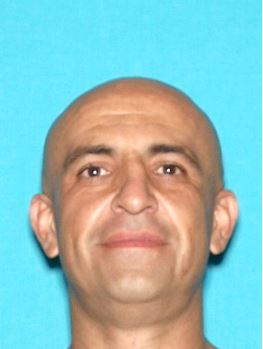 Investigators are trying to find a man accused of murdering his mother and stepfather at their home in Hacienda Heights.

L-A County sheriff's lieutenant Charles Calderaro tells KNX 1070 deputies showed up to a home on Monday and found a man with a head injury who said he was attacked by his brother.

​"It appears there was some type of altercation at the location or argument we do not know exactly what that was about. When the suspect struck his stepfather and mother and attacked his brother with what appears to be a baseball bat," Calderaro says.

He says Nelson Garibay then took off.

HE IS CONSIDERED ARMED & DANGEROUS.