CHICAGO (WBBM NEWSRADIO) – The best way to spread Christmas cheer is singing loud for all to hear!

Chicago establishment Stretch Bar & Grill has brought back its "Elf’d Up" pop-up bar for a second year, with all new surprises.

The pop-up, inspired by the Will Ferrell Christmas movie "Elf," allows visitors to travel through the seven levels of the Candy Cane forest and past the sea of twirly-swirly gum drops. 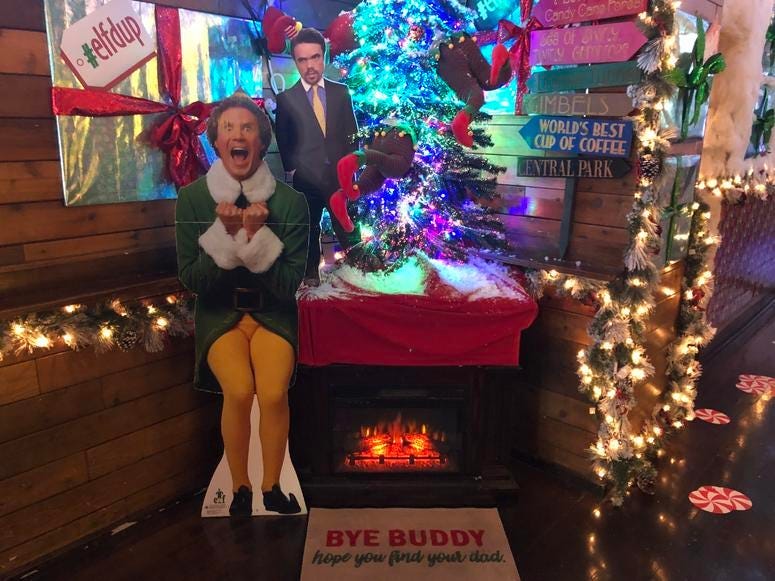 Elf’d Up, located at 3485 N. Clark St., is described as is “a high-energy, holiday pop-up bar, perfect for people who share Buddy the Elf’s affinity for elf culture.”

The pop-up features floor-to-ceiling Christmas décor, including 1,000 elves of all shapes and sizes, a 10-foot Christmas tree, an upside down Christmas tree, wreath chandeliers, strands of festive-colored lights, specific tributes to the movie, like figurines, wall quotes, snowflakes, Schylling Jester Jack in the Boxes, cut outs of Buddy the Elf and Miles Finch, and more.

“We kind of want to take you out of the city of Chicago and put you right in the movie when you walk in the door,” said Ashley Tindall, Cocktail Creator and Bar Designer. 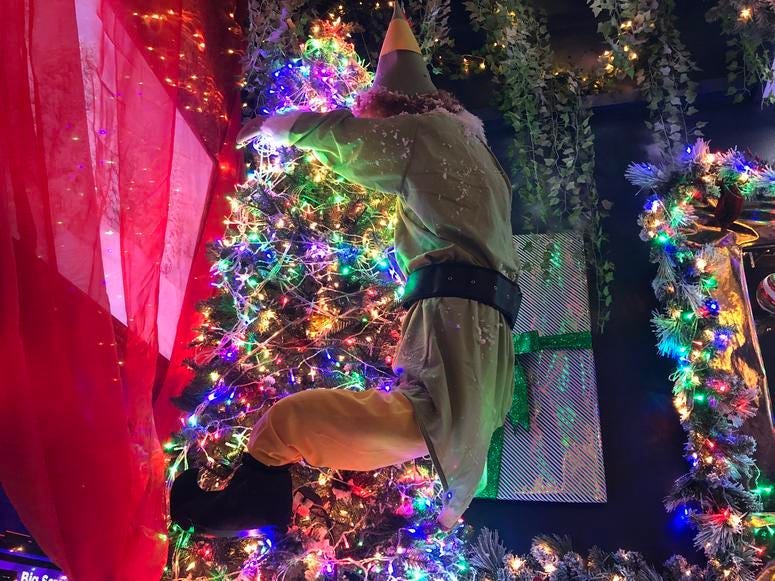 Plus, each table comes equipped with condiment carriers filled with the "four main food groups" - candy, candy canes, candy corn and syrup. Outside of the décor, there’s also bars serving up something for both the naughty and nice, Buddy the Elf appearances, and photo ops (because you know Santa is always watching).

But one of the best things about Elf’d Up is that you can actually eat the iconic syrup spaghetti from the movie! So yes, if you ever wanted to try Buddy’s breakfast spaghetti with maple syrup, chocolate fudge, chocolate syrup, marshmallows, and strawberry pop tarts, then Elf’d Up is the place!

“Pretty much anything with sugar you can think of is in it,” Tindall said. “I’ll admit it’s not quite my palette, but apparently it is a lot of people’s up here in Wrigley, because I have seen plenty of these go out and actually get eaten…this is probably our main dish that is the biggest tribute to Buddy and of course the movie.”

But that’s not the only thing on the “nice list” (Elf’d Up’s specialty food menu).

“There’s room for everyone on the Nice List!” – Buddy

And we know no pop-up is ever complete without a specialty drink menu, otherwise known as the naughty list at Elf’d Up. The menu includes seven Christmas and Elf-inspired cocktails including Sleigh All Day, Ninny Muggins, Son of Nutcracker, and Mr. Narwhal. Each specialty drink is $12.

“I am a cotton-headed ninny muggins!” – Buddy

In addition to the specialty drink menu, there is also a list of specialty shots, like the Buddy Bomb, Candy Cane Forest, Basic Buddy, Arctic Puffin, and Gumdrops (Jell-O shots); as well as a selection of Christmas beer.

And for the little ones, there are two specialty mock-tails, Elf on the Shelf and Mench on the Bench.

Hop on over THIS WEDNESDAY for Elf Movie Trivia! Groups of 4 play at 7pm for the next 3 Wednesdays only - winner gets #elfdup swag and gift card! #elfdup #elf #buddytheelf Music: Back home Site: https://icons8.com/music/ #chicago

Also new this year, Buddy the Elf will make a guest appearance every Thursday through Saturday sometime between 9 p.m. and midnight; and on Wednesdays, movie buffs can join in on "Elf" Movie Trivia at 7 p.m. Plus, guests who visit the Christkindlmarket Wrigleyville from now through Tuesday, Dec. 24 can bring in their boot mug for half-off their first beer or a glass of wine.

“I just like to smile. Smiling’s my favorite.” – Buddy 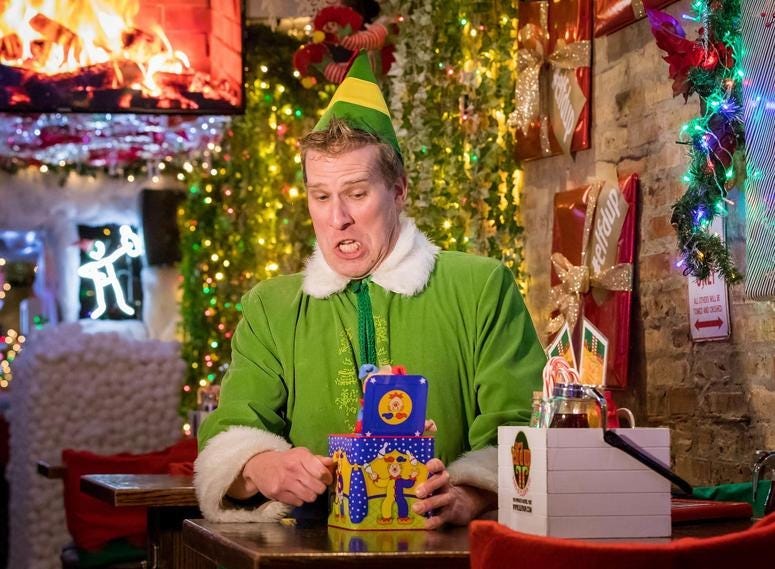 But you can call to make reservations and reserve a table. You never know who may answer the phone.