None of the hip shaking or pole dancing did anything to make Dee Snider feel better about the Super Bowl halftime show. The Twisted Sister frontman still hated the performance, while insisting it was nothing person against Jennifer Lopez or Shakira.

Snider’s beef goes back to the week when the announcement about the headliners was made.

“Once again the great heavy music that rocks the stadiums week after week, game after game is completely ignored. I guess we don’t shake our a** enough,” Snider vented on social media.

WTF!? @shakira and @jlo for this year's @nfl halftime show!? Once again the great heavy music that rocks the stadiums week after week, game after game is completely ignored. I guess we don't shake our ass enough!!

Lenny Kravitz and the Red Hot Chili Peppers have made guest appearance on the big stage in recent years, but not since The Who in 2010 has a rock band headlined the main event. Roger Daltrey and Pete Townshend capped a six year run of rock that featured Paul McCartney, The Rolling Stones, Prince, Tom Petty & the Heartbreakers and Bruce Springsteen and the E Street Band. 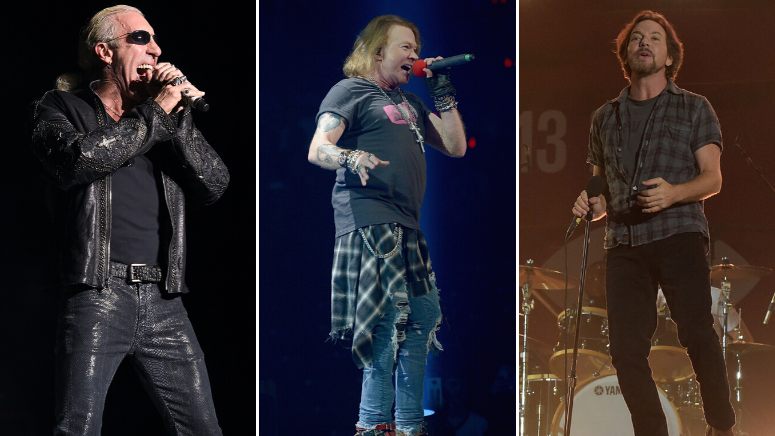 These Are the Super Bowl Commercials That 'Rocked'

So as Snider settled into his chair for this year’s performance, he was ready to pounce on the first thing that set him off.

“Beginning to (see) pole humping, a** slapping, a** shaking… If that’s the requirements for a halftime show, none of the rock bands I know can or will do that,” he wrote on social media.

Beginning to pole humping, ass slapping, ass shaking end.
If that's the requirements for a half-time show, none of the rock bands I know can or will do that. #justsayin https://t.co/Cyv2zl1Dua

Snider followed by engaging some of the people who responded to him, both in favor of and against. One of his main points was that next year’s headliner should be AC/DC. The Rock & Roll Hall of Fame band has sold millions of records, has fans all over the world, and by all accounts is ready to release a new album and go on tour.

That absolutely was the “hells bell” playing during the game. Now imagine them lowering the real thing onto the field! @acdc @NFL https://t.co/girlYGrfLz

This isn’t the first issue Snider has been outspoken on an issue. In 1985, he went to Capitol Hill to speak out against a proposal by the Parents Music Resource Center to put warning labels on records deemed explicit. Frank Zappa and John Denver also testified, but Snider became the poster boy for the event because of the contrast between his outrageous looks and articulate presentation.