The rock ‘n’ roll crowd may not often get what it wants during the Super Bowl halftime show, but the commercials helped fill some of the void this year.

While Jennifer Lopez and Shakira shared the night’s biggest stage, music by Twisted Sister, Guns N’ Roses and Pearl Jam soundtracked some of the coveted ad minutes during the big game. 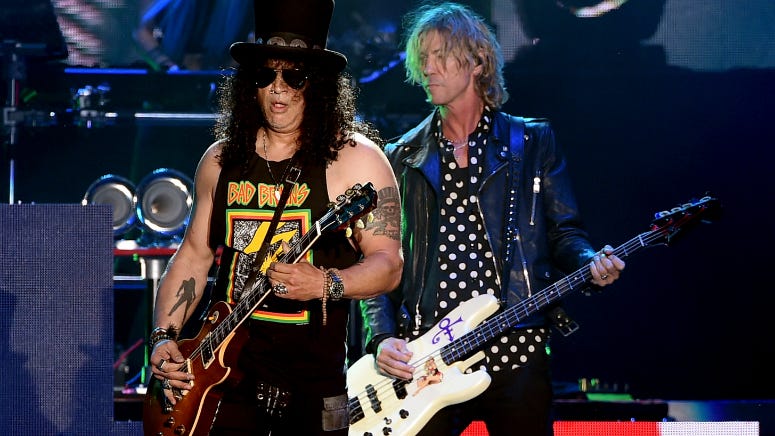 “I Wanna Rock” from Twisted Sister’s 1984 breakthrough album Stay Hungry carried a Facebook commercial. It checked in on various unique groups on the social media platform that “rocked” in one way or another. The memorable conclusion featured Chris Rock and Rocky Balboa in a familiar location: the steps of the art museum in Philadelphia.

Twisted Sister frontman Dee Snider was actually one of those who vented about the lack of rock acts during the Super Bowl halftime show. Not since The Who in 2010 has there been a headliner that made a living on guitars, drums, bass and howling vocals.

Guns N’ Roses and Pearl Jam also made their presence known in between plays, even though the tracks that were used weren’t either band’s heaviest.

GNR’s classic acoustic ballad, “Patience,” from 1988’s Lies perfectly summed up the theme of Saint Archer Gold’s ad about a skateboarder who wouldn’t settle for any other beer.

Pearl Jam, meanwhile, debuted part of a brand new song in a clip for Verizon. Actor Harrison Ford voices a tribute to first responders while “River Cross” strikes a hopeful chord in the background. The song is the second preview of Pearl Jam’s forthcoming 11th studio album, Gigaton.