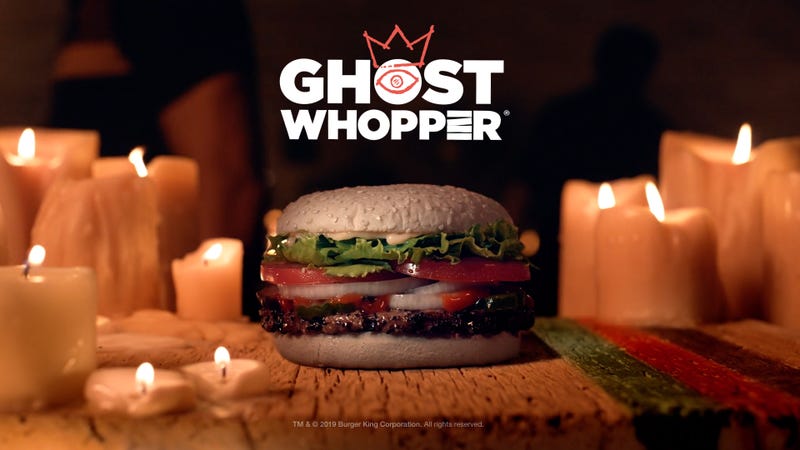 It may be a trick or treat for you, but Burger King is ready for you to be spooked!
The restaurant chain just announced a limited edition whopper.

Boo! Are you scared? Burger King announced that their Halloween burger will be "The Ghost Whopper."

the Ghost Whopper is the only burger approved by 11 out of 10 people. come try what the spirits already have. pic.twitter.com/RxYjCHqb6S

The fast food chain announced on Monday the release of its new burger, which is assembled on a white, white-cheddar-flavored bun.

As part of the release of the new whopper, the company hired a psychic named Riz Mirza describing him as “a medium of international renown.” In the ad campaign, he “channels” the spirits of the dead to taste-test the new offering.

The Ghost Whopper sandwich will only be available for a limited time only at 10 select restaurants around the county beginning October 24 for a "recommended price" of $4.59. Burger King said the sandwich is a "1/4 lb of savory flame-grilled beef topped with juicy tomatoes, fresh lettuce, creamy mayonnaise, ketchup, crunchy pickles, and sliced white onions on a White Cheddar Cheese flavored, white sesame seed bun."