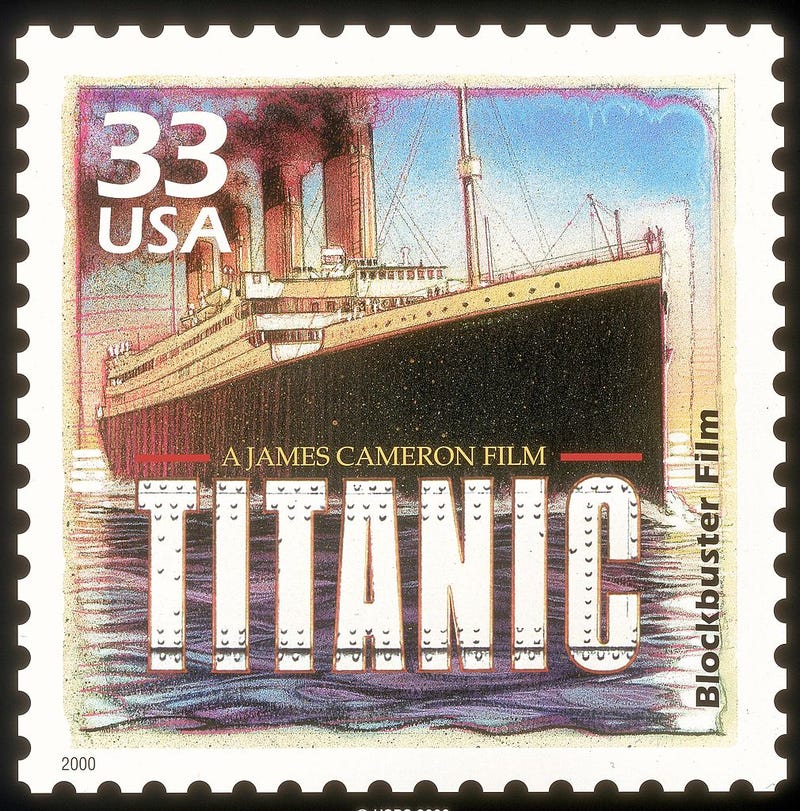 For whatever reason it's going viral again . . . and if you haven't seen it, you definitely NEED to. It's so bad that it COULD'VE actually sunk the whole movie, if Cameron had decided to use it.

The movie ends with OLD Rose, played by Gloria Stuart, secretly revealing that she's had the "Heart of the Ocean" necklace the whole time.  She drops it into the ocean . . . over the wreckage of the Titanic . . . and no one finds out, including the treasure hunter Brock Lovett, played by BILL PAXTON.

Well, in the alternate ending, Rose SHOWS Brock and his crew that she has the necklace.  Before she can toss it, he begs her to let him hold it.  She does, but then she throws it over her shoulder into the water below.

And there's also a weird shot from above of Brock laughing maniacally.

This ending adds eight minutes of absurdity, which also features old Rose awkwardly trying to explain that you can't put a price on love or memory . . . and briefly considering leaping to her death off the ship's bow.

Paxton passed away a few years ago, but in an interview before his death, he acknowledged that it was bad. He said, quote, "The alternate ending . . . Oh, Jesus. I mean, I would've shot heroin to make the scene work better."