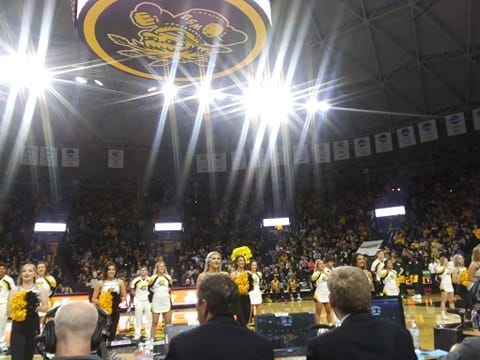 According to reports, sophomore center Morris Udeze has placed his name into the transfer portal for college men's basketball.

Udeze, who is from Texas, played in 28 games this year for the Shockers, including five starts; he averaged 10.5 minutes per game. He averaged four points and three rebounds per game this past season, taking about three shots per game. He shot 61% from the field, but only 48% from the free-throw line. He was also whistled for 66 fouls this season, second most on the team.

Udeze becomes the seventh player on the Wichita State roster to go into the transfer portal following the end of the season last week; the others are Grant Sherfield, Jamarius Burton, Erik Stevenson, Noah Fernandes, Tate Busse and DeAntoni Gordon. Six of the seven potential transfers are scholarship players.