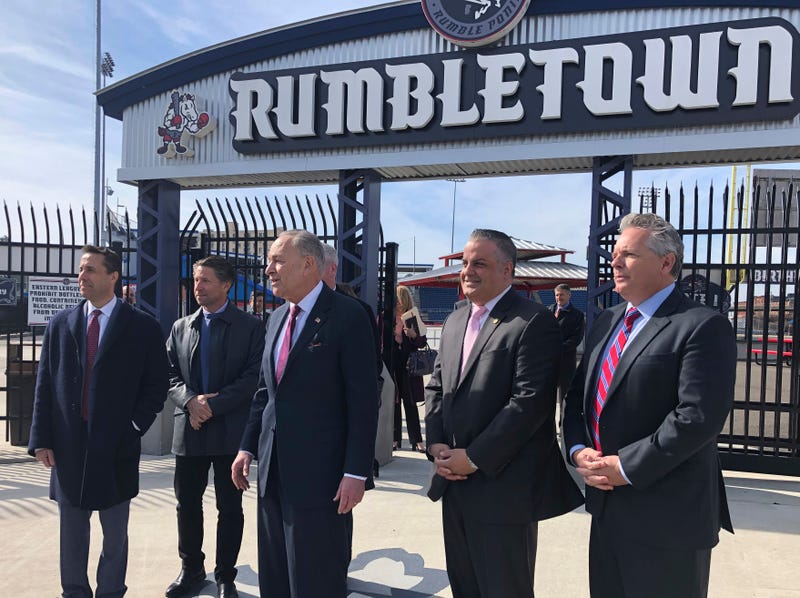 WASHINGTON (AP) — The House of Representatives by voice vote approved legislation Tuesday to have the comptroller general of the U.S. study baseball's minor leagues, which are trying to fend off a contraction proposal from major league clubs.

The bill calls on the comptroller general to “evaluate the social, economic, and historic contributions that minor league baseball has made to American life and culture.”

Major League Baseball and the National Association of Professional Baseball Leagues, which governs the minors, are negotiating a Professional Baseball Agreement to replace the deal that expires after this season. MLB's proposal would drop the big league affiliation of 42 minor league teams and eliminate short-season leagues not held at major league training complexes.

“Major League Baseball would gladly participate in a serious Government Accountability Office analysis of the many problems in minor league baseball that are impeding the development of players," the commissioner's office said in a statement that cited “the widespread inadequacy of facilities, playing conditions, nutrition programs and burdensome travel demands. ”

“A thorough study would show that the status quo is not just outdated but failing both players and communities across the country that are at risk of being left behind by minor league owners who can move their team and leave town at any moment,” MLB said.

“Baseball has a major economic and social impact in communities such as my hometown of Idaho Falls," said Rep. Mike Simpson, an Idaho Republican.

MLB and the minors last met Feb. 20, and talks are expected to continue into the summer. The majors already have unilaterally announced increases in the pay of players with minor league contracts starting in 2021.