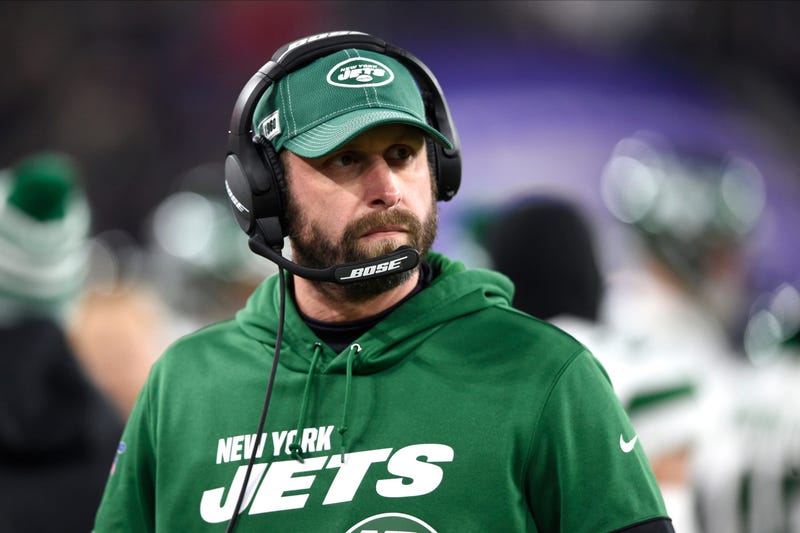 Photo credit FILE - In this Dec. 12, 2019, file photo, New York Jets head coach Adam Gase looks on during the first half of an NFL football game against the Baltimore Ravens in Baltimore. The trade of Jamal Adams was still a hot topic Tuesday, July 28, 2020, as Jets players begin filtering into the team's facility for the start of an unusual training camp, and the coach had a few mostly positive words about his former star safety. (AP Photo/Gail Burton, File)

The trade of Jamal Adams was still a hot topic Tuesday as New York Jets players begin filtering into the team's facility for the start of training camp, and the coach had a few positive words about his former star safety.

“For me personally, he's an incredible talent that I feel lucky enough to (have been) around for that year,” Gase said during a conference call.

The feeling, however, apparently wasn't mutual.

In a story published last Friday in the New York Daily News, Adams was highly critical of both Gase and general manager Joe Douglas. Among those criticisms, Adams said he wasn’t sure Gase is “the right leader for this organization to reach the Promised Land.”

“Every situation is different with every player and, for us, we always look at it as we want guys who want to be here,” Gase said in his strongest comment on the situation. “And obviously, he didn’t want to be here anymore.

"So the decision was made to move on.”

Adams’ relationship with the Jets had become contentious over the last several months, beginning last October when Douglas fielded calls from teams inquiring about the star safety’s availability. Adams, who outplayed his rookie deal, wanted a contract extension during the offseason and felt misled by Douglas — who insisted Monday he never promised an offer to Adams or his agents.

Adams requested a trade last month, but told the Daily News he planned to report to camp with his Jets teammates if he remained in New York. Douglas avoided any potential tension by trading away the team’s best all-around player.

“We want nothing but the best for him, you know?” Gase said. "Hopefully he has great success in Seattle. He’s with a great coaching staff. I’ve known a lot of those guys there and he’ll fit in great in that scheme and that organization. I really think, though, the whole situation ends up being a win-win for both sides.

But first, Gase specifically addressed one of Adams' criticisms in the Daily News interview during which the safety said the coach doesn't speak to the team as a group at halftime if they're playing poorly and losing.

Douglas defended Gase as being the right coach to lead the team right now, based on how he kept the Jets together during their 1-7 start and helped them rebound to a 7-9 finish. Quarterback Sam Darnold echoed Douglas' praise without hesitation.

“He’s the right leader for this team, for sure,” Darnold said on a video call. “For me personally, he’s helped me grow a ton as a quarterback in learning this offense. I just think throughout the weeks leading up to games, he does everything he possibly can to put us in position to win on Sundays. That’s my experience with coach Gase.

"I’ve had nothing but positive experiences with him so far.”

Despite losing a player the caliber of Adams, Gase heads into training camp optimistic about his overall roster. Douglas added lots of depth in the offseason, particularly on the offensive line.

“It’s all about the locker room,” Gase said. “That’s where it’s going to start and end, and making sure that when that group is tight, then that’s going to give us our best chance to win games. And I really like how this group has worked so far.

"It'll be exciting to see these guys get on the field and come together and we’ll see what we can do.”

NOTES: The Jets placed CB Bryce Hall, the team’s fifth-round draft pick, on the Reserve/COVID-19 list along with rookie DB Shyheim Carter. OL Leo Koloamatangi opted out for the season. ... Gase said team chairman and CEO Christopher Johnson began calling every player on the roster to explain “what the Johnson family stands for” amid recent accusations that his brother Woody — the team's owner — made racist and sexist comments while currently serving as the U.S. Ambassador to the United Kingdom. “Working for a guy that is willing to single-handedly call every player on our roster, and he’s been doing that for the last few weeks," Gase said of Christopher Johnson, "I’ve been very impressed with how he’s gone about this.” ... RB Jalin Moore announced on his Instagram page he is retiring from football. He was signed last year as a undrafted free agent out Appalachian State, but spent the season on the Reserve/Non-Football Injury list after an ankle injury cut short his senior year. He was also going to miss this season after again being placed on the NFI list in May.