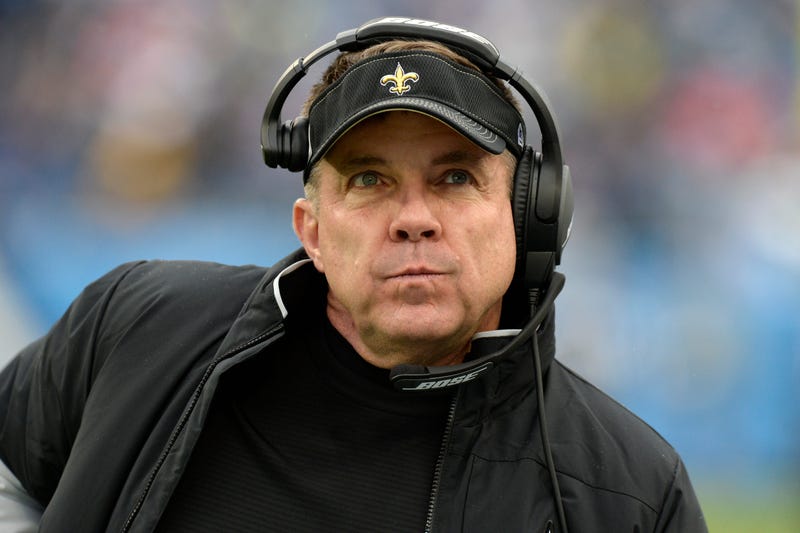 Photo credit FILE - In this Dec. 22, 2019, file photo, New Orleans Saints head coach Sean Payton watches from the sideline in the second half of an NFL football game against the Tennessee Titans in Nashville, Tenn. Payton prefers not to use term “training camp” to describe how he’s trying to prepare his club for this pandemic-altered NFL season. (AP Photo/Mark Zaleski, File)
By The Associated Press

NEW ORLEANS (AP) — Saints coach Sean Payton prefers not to use the term “training camp” to describe how he’s trying to prepare his club for this pandemic-altered NFL season.

“There’s nothing about this that’s like training camp. So, we’re going to approach it differently,” Payton said Wednesday, noting that one big change would be more scrimmaging and other “live” scenarios during practices.

“We’re going to have to evaluate during the practice sessions. We can create environments which are more like a scrimmage environment in our padded practices, so we’ll have to do some of that.

“You have to, at some point, play football if you’re getting ready to play a football game.”

The Saints have a history of finding undrafted rookie free agents who become regular contributors. Often, those players’ potential has become evident during preseason games.

This season, New Orleans will have to find those players during practice.

While Payton cited restrictions on padded practices, as well as on when and how teams can hold meetings, as examples of differences between this preseason and others, he declined to say whether he agreed with the preseason plan put together by the NFL Players Association and the league’s management council.

“That’s unimportant, regardless of how anyone feels,” Payton said. “What’s important is quickly taking what we’re given and getting ready to prepare the team."

The Saints, like all teams, have had to alter floor plans inside their training headquarters to promote social distancing, such as spacing out seating in meeting rooms and placing barriers between each player's locker.

“The challenge is simple," Payton said. "You can put up all the shields you want (between) the lockers. You can move the chairs 6 feet apart. We can walk around, and when we go to eat, stay in our 6-feet (apart) lines, but for two hours, 2 1-2 hours every day, we’re playing tackle football. And so that’s the challenge we have this year.”

Less of a concern for Payton was the lack of a typical offseason programs, which were impossible while team facilities were closed to most players and staff because of the coronavirus pandemic.

There was no offseason program in 2011 because of a lockout that didn’t end until right before training camp. The Saints went 13-3 that season and set an NFL record for offensive yards in a season with 7,474. This season, much like that one, the Saints' roster is loaded with veterans who have playoff experience. New Orleans is coming off back-to-back 13-victory regular seasons and is seeking a fourth straight playoff appearance.

“I expect our players to be in very good shape,” Payton said. “Their physical conditioning and their physical preparation should not have been affected because of this.”

Payton said there’s a good chance the Saints will be close to full strength when they eventually start practicing on the field, although some players could be limited as a precaution. Payton mentioned linebacker Kiko Alonso, who had offseason knee surgery.

Players won’t be in pads until Aug. 17, Payton said, but added, we’ll be in full pads every day that we’re allowed.

Much as general manager Mickey Loomis did in a video conference Tuesday night, Payton brushed aside concerns about locker room chemistry. That came into question in early June when quarterback Drew Brees initially reiterated his long-held opposition to kneeling during the national anthem before changing course and apologizing after experiencing a public backlash from Black teammates.

“The locker room’s in good shape. I don’t see any need to address anything relative to that," Payton said. "The No. 1 thing we’re going to be working on is football. It’s that time of the year right now and all the other things take a back seat.”

Time will tell how that applies to safety Malcolm Jenkins, who was sharply critical of Brees before the QB's apology, and who recently accepted a position as a part-time social and racial justice correspondent for CNN. For now, Payton does not sound concerned about that interfering with Jenkins’ team focus.

“I’m excited for him. If that’s something that he’s going to pursue and wants to pursue when his career is over with, fantastic,” Payton said, stressing that Jenkins is “someone I know very well.”