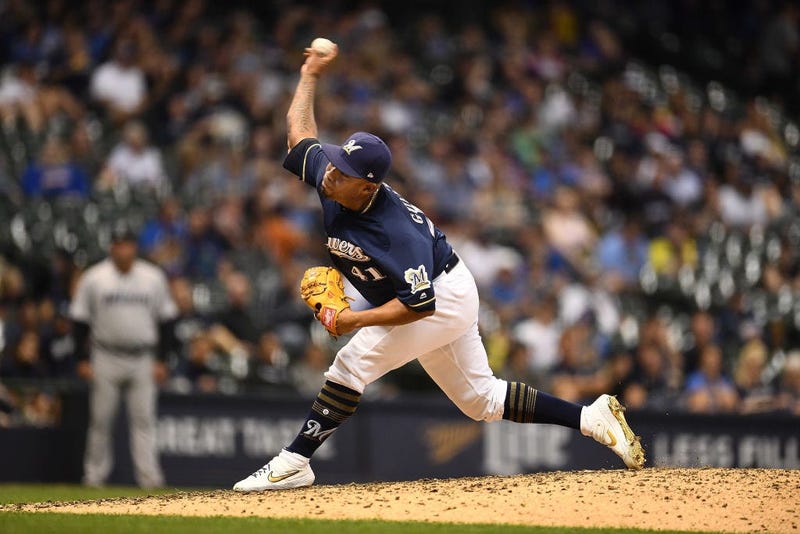 Former Wichita Wingnuts pitcher Junior Guerra is piling up the wins coming out of the bullpen for the Milwaukee Brewers.

On Wednesday in Milwaukee, the Brewers defeated the first-place Minnesota Twins 6-5. Guerra picked up the win for Milwaukee, with scoreless work in the 7th and 8th innings, along with a pair of strikeouts. On the season, Guerra is now 6-3 with a 3.78 earned-run average.

The starting third baseman for the Brewers was former Kansas City Royal Mike Moustakas, who had his 26th double of the season, and a run scored.

The Brewers have won 6 of their last 8 games, and are 1.5 games behind for a playoff spot in the National League.

news
Jueza Ruth Bader Ginsburg Muere a los 87
news
Ruth Bader Ginsburg Dies at 87
music
Will There Be a Red Carpet? Here's Everything We Know About the 2020 Emmys
news
Tropical Storm Beta Forms in Southwestern Gulf of Mexico
i'm listening
Listen To the 2020 Edition of 'I'm Listening' - Talk Has the Power To Save Lives
music
RADIO.COM LIVE Check In: Smith & Myers on Weird Cover Requests and Staying Sane on Social Media