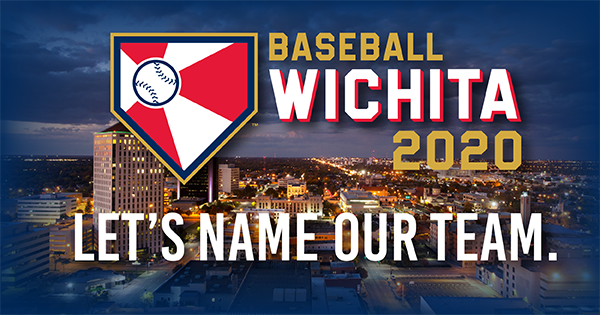 The Triple-A baseball franchise coming to Wichita is ramping up the process for unveiling the team name.

Thus far on social media, the team has released two of about a half-dozen would-be names and color schemes for the team. But leading up to the official announcement in mid-November, these possible names apparently will NOT be the final choice.

BRUCE HAERTL: "Let me make sure I understand this -- will the name come from the six names that will be unveiled, or do you guys reserve the right to go with something outside of the six names that will be revealed?"
BOB MOULETTE: "So, the name will come outside of what the six names are that's revealed. Each name has a tie to the community. When you put every single one of those names together, it will come with what the narrative of the ultimate brand is going to be."

Sports Daily with Bruce Haertl and Shane Dennis is heard every weekday morning from 9 to 11 a.m. on Sports Radio KFH 1240AM, 97.5FM.