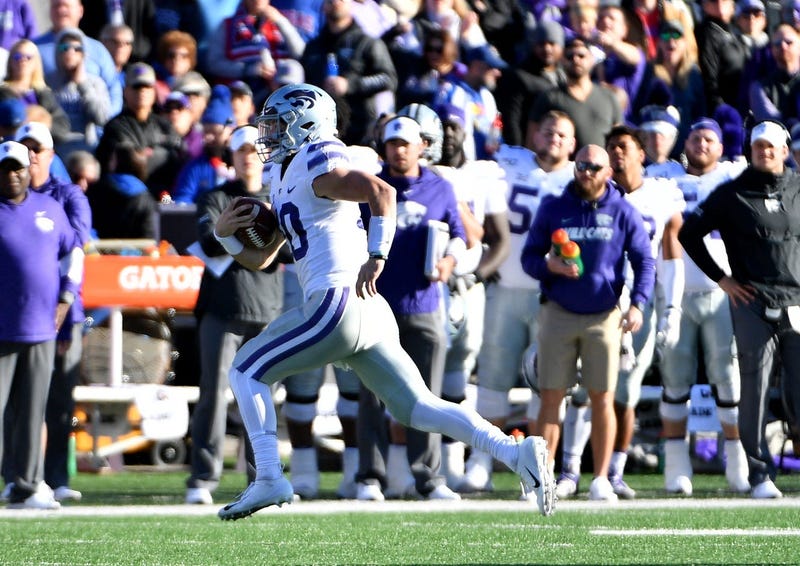 The K-State Wildcats ran all over the Kansas Jayhawks on the way to a 38 to 10 trouncing at Memorial Stadium in Lawrence.

The Wildcats ran up a total of 342 yards on the ground led by quarterback Skylar Thompson's 127 yards and 3 TD's on 17 attempts followed closely by Hunter Trotter's 92 yards and 1 TD on 20 attempts.

The Wildcats held the Jayhawks to just 241 yards of offense including a 2-for-10 mark on third down.

K-State also denied KU on both their fourth down attempts.

The Wildcats also had four sacks and dominated the time of possession in the beat down.