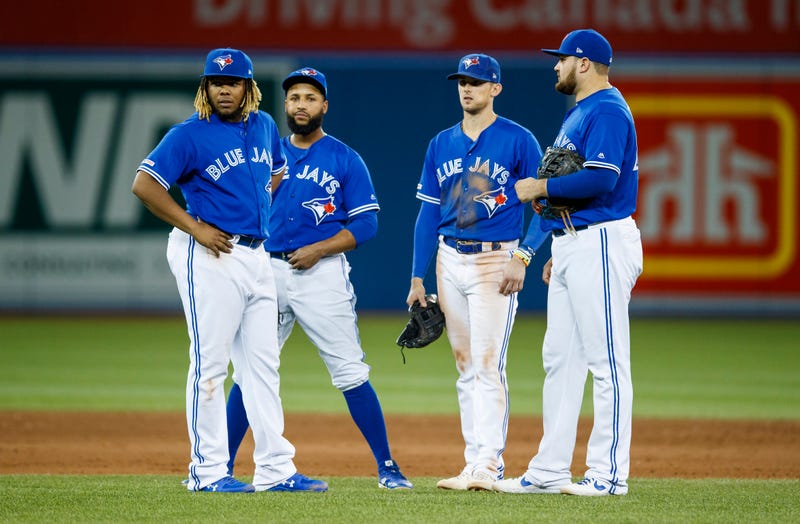 The wandering Blue Jays have to figure out where to spend this weekend after a three-game series in Philadelphia was called off because two Phillies staffers tested positive for the virus. The Blue Jays have been shut out of playing in Toronto this year because of health concerns by the Canadian government. They held their first “home” series of the season in Washington this week, and might stay there and work out at Nationals Park. The Nationals’ series in Miami this weekend was scrapped after several Marlins players tested positive, leaving the defending World Series champs with a four-day break.

news
Airbnb Takes First-Time Action Against a Guest for Throwing Unauthorized Party
music
Watch Kiiara Answer Questions in an Exclusive RADIO.COM LIVE FANDEMIC
news
12 Podcasts to Scratch Your True Crime Itch
music
Beck Teams Up With NASA to Pair 'Hyperspace' With New Celestial Images
news
What a Second Stimulus Check Would Mean for Your 2021 Taxes
news
School in District With Over 1,100 Quarantined Students Closed Due to COVID-19