Since 2000, the Detroit Tigers haven't had many seasons where they went .500, or thereabouts.

Between 2006 and 2014, the Tigers reached the postseason five times, and won the American League Pennant in 2006 and 2012. Though the Tigers never won a World Series during the Jim Leyland era, Justin Verlander, Magglio Ordonez, Max Scherzer and Miguel Cabrera were among the stars that made Detroit one of the most successful teams in baseball over that seven-season stretch.

However, that stretch was sandwiched in between some especially lean years for the Tigers.

Incredibly, or perhaps not, that's not even the worst season that the franchise has had since 2000. The 2003 Tigers, managed by franchise icon Alan Trammell, posted an unsightly 43-119 record. The .265 winning percentage that the Tigers had in 2003 is the sixth worst mark in baseball since 1900. 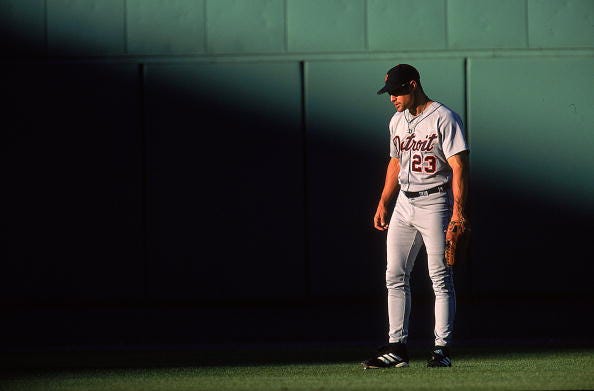 Gabe Kapler broke into the league with the Tigers. Photo credit (Harry How /Allsport)

Now the manager of the San Francisco Giants, Kapler was a 57th-round pick by the Tigers in the 1995 MLB Draft. Amazingly, he managed to reach the majors with the Tigers, and hung around in the league as a reserve outfielder for parts of 12 seasons. After playing in seven games with the Tigers in 1998, Kapler played in 130 games for Detroit in 1999, hitting 18 home runs and driving in 49 runs in his age-23 season. Ahead of the 2000 season, Kapler was dealt to the Texas Rangers as part of a package that brought two-time American League MVP Juan Gonzalez to Detroit. 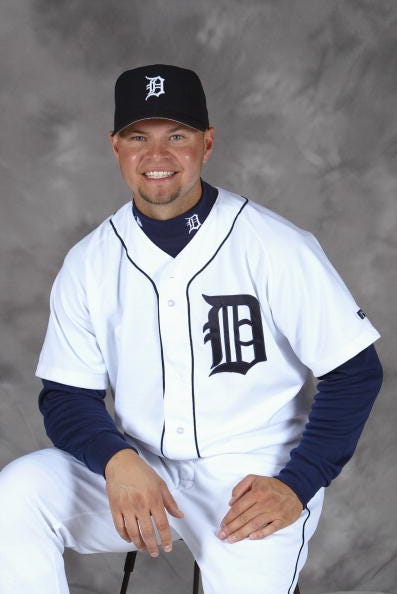 Ross had a pretty memorable career, most notably playing with the Florida Marlins, San Francisco Giants and Boston Red Sox, winning World Series titles with the latter two. He was initially selected by the Tigers in the fourth round of the 1999 MLB Draft. However, Ross tore his ACL in September of 2003, which cost him the rest of that season and all of 2004. After playing in just six games at the major league level with the Tigers, Ross was traded to the Los Angeles Dodgers in April of 2004, a deal that allowed Dave Dombrowski and company to acquire reliever Steve Colyer. Colyer would post a 6.47 ERA in 41 games for the Tigers in 2005. 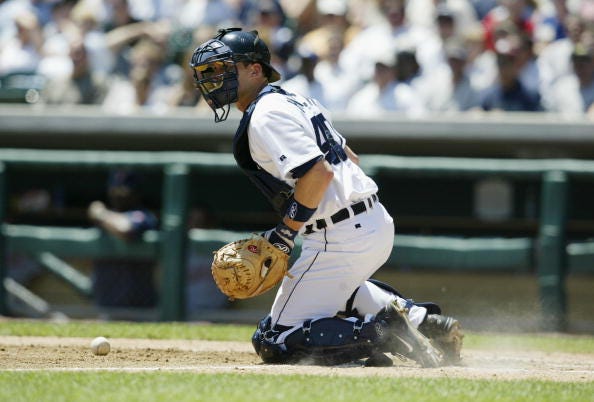 A.J. Hinch had a stint with the Tigers. Photo credit (Tom Pidgeon/Getty Images)

Before managerial stints with the Arizona Diamondbacks and Houston Astros, Hinch played in parts of seven major league seasons. He had the honor of getting to play for the aforementioned 2003 Tigers. Hinch got 74 at-bats across 27 games for the Tigers, hitting just .203. He would play in four games for the Philadelphia Phillies in 2004, before eventually transitioning into a coaching career. 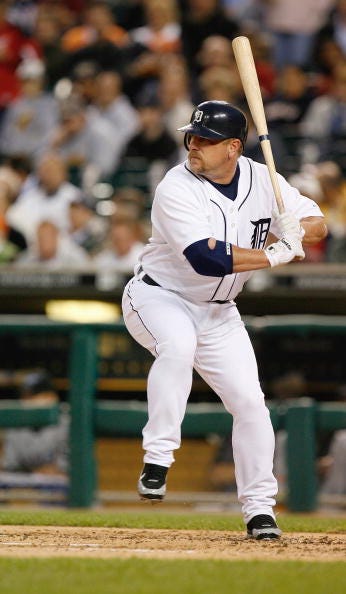 Unless you're a fan of the Los Angeles Dodgers, there's a pretty good chance that you enjoyed watching Stairs mash 265 home runs during a 19-year big league career. Detroit got a very brief glimpse at Stairs on the Tigers late in the 2006 season, as he joined the team after stints with the Kansas City Royals and Texas Rangers earlier that year. Though Stairs homered twice and drove in eight runs in 41 at-bats for the Tigers, he didn't join the team until the middle of September, meaning he wasn't eligible for the postseason, where the Tigers would make a run to the World Series. 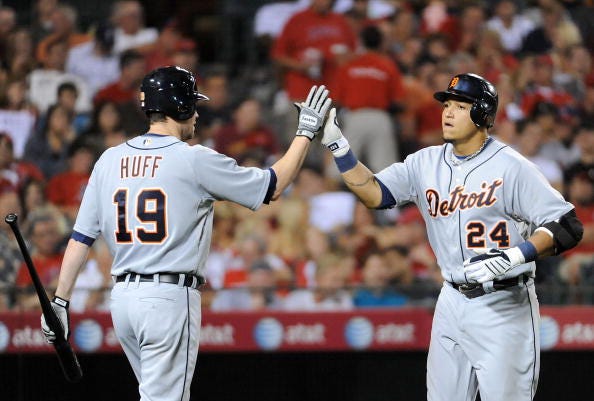 Like Ross, Huff had a forgettable stint in Detroit before landing with the San Francisco Giants and becoming part of the team of castoffs that won the 2010 World Series. In August of 2009, Huff was waived by the Baltimore Orioles, and ultimately traded to the Tigers. He would hit just .189 in 40 games with the team.

music
Luke Combs Shares Another Photo From His Wedding: 'Still Seems Like a Fairytale'
music
A Selena Gomez and BLACKPINK Collab Is Coming: Everything We Know
music
The Weeknd, Roddy Ricch, and Maluma to Perform at MTV VMAs
sports
Las Condiciones de Cristiano Ronaldo Para Quedarse en la Juventus
music
'Fresh Prince of Bel-Air' Being Rebooted as a Drama With Will Smith as Executive Producer
news
Caught on Video: Maskless Revelers Take Over Public Bus for Wild Pop-Up Party