I understand the inevitable surge of adrenaline one would feel after catching a home run ball, especially if it occurred during a World Series in a historic, atypical season in which there was a scarcity of fans.

Still, I simply can't find an explanation as to what was going through this fan's head after catching Dodgers catcher Will Smith's home run ball in the bottom of the sixth inning in Game 2.

Will Smith with a SHOT to try and keep the Dodgers in this one! pic.twitter.com/3aPrvphw3R

It's a nice catch for sure, clearly aided by the use of a baseball glove. But by the time the camera cuts back to the fan, only seconds later, he's pumping his right fist in the air while holding the ball in his left. There's no glove to be found. So where on earth did it go?

This fan caught Will Smith's HR ball... and threw his glove on the field? 🤔 pic.twitter.com/0MNh1MwUeR

Joe Buck has had a number of great calls — I'm a big fan who has never really understood the criticism that some have for the longtime announcer — and his complete loss for words with the exception of a puzzled "what?" has quickly become one of my favorite Buck moments. I was confused. He was confused. Randy Arozarena, whose playoff performance to this point has put him in some legendary company, seemed completely baffled.

But hey, the glove isn't worth as much as that ball is. At least he made the right choice as to which piece of equipment he should mindlessly chuck back onto the field.

Even this may not have been the top fan moment in Game 2, however, as another caught ball revealed a shirt paying tribute to Dodgers reliever Joe Kelly and his famous — though infamous is the word I'd choose — moment earlier in the season. 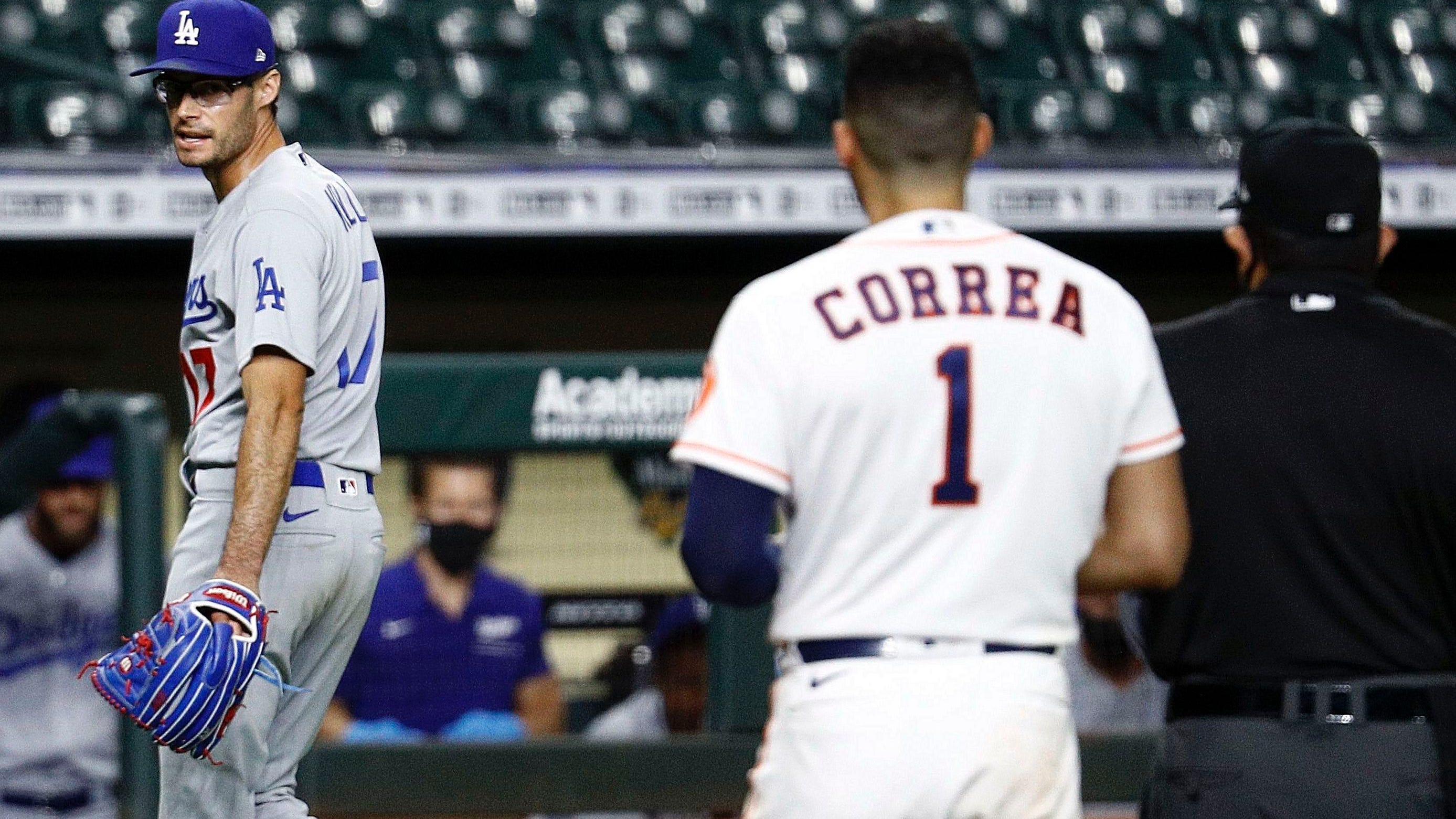