Mike Vrabel eventually became an All-Pro linebacker - and very effective red zone pass catcher - with the New England Patriots. Prior to that, though, he began his career with the Pittsburgh Steelers, who selected him out of Ohio State in the third round of the 1997 NFL Draft.

You don't exactly forget about Vrabel's time in Pittsburgh, but the 7 1/2 sacks he had in four years with the team didn't make him a household name. That would come later in New England, the place where he spent eight of his 14 NFL seasons at.

Now the head coach of the Tennessee Titans, it's hard to entirely forget about Vrabel's time in Pittsburgh, even if he's remembered as a Patriot. Still, we're willing to bet that you forgot that these five notable players had brief stints with the Steelers: 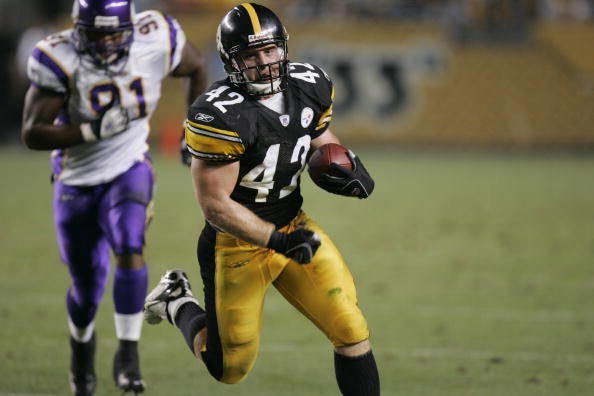 Though Kuhn would eventually become an All-Pro with the Green Bay Packers, he had a pretty humble beginning to his NFL career. After a decorated career at Division-II Shippensburg University (Pa.), Kuhn spent part of his rookie season in 2005 on the Steelers practice squad. In 2006, Kuhn got two carries for 18 yards for Bill Cowher's team. The Steelers defeated the Seattle Seahawks in the Super Bowl that year, Kuhn's only season with the team. 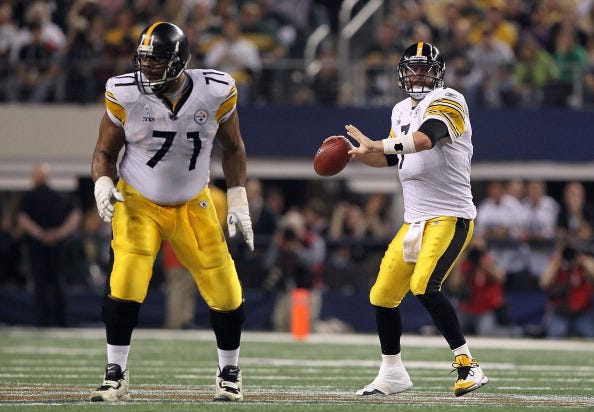 During 12 seasons with the Cowboys, Adams became one of the most dominant offensive lineman in the history of the team, making five Pro Bowls. In July of 2010, Adams agreed to a two-year pact to join the Steelers. Adams ultimately spent just one season in Pittsburgh, filling in for Willie Colon, who missed the season with a torn achilles. Adams did get to reach the sport's highest stage with Pittsburgh, though the Steelers were defeated 31-25 by Aaron Rodgers and the Green Bay Packers in Super Bowl XLV. 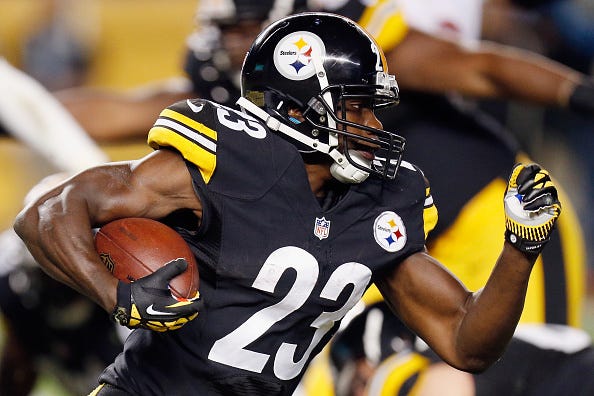 Jones was lightning fast on the field, so after he averaged 7.7 yards per carry in three seasons at Arkansas, the Dallas Cowboys used the No. 22 pick on him in the 2008 NFL Draft. Jones wasn't a bad player in his five seasons at Dallas - he ran for 2,728 yards - but he was never a workhorse back, and was a complete non-factor in the passing game. With the emergence of DeMarco Murray, the Cowboys moved on from Jones after his rookie deal expired. Jones initially signed with the division-rival Philadelphia Eagles, but was traded to the Steelers before ever playing a game with the team. Jones ultimately got less carries for the 2013 Steelers than either of Le'Veon Bell or Jonathan Dwyer. In what proved to be his final NFL season, Jones ran for 184 yards on 48 carries. 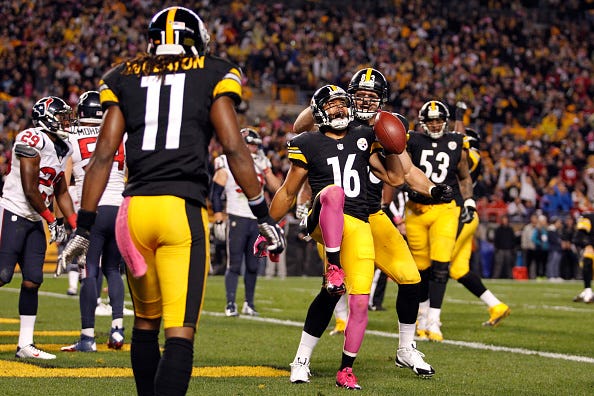 An undrafted rookie out of Toledo, Moore found tremendous success with Sean Payton, Drew Brees and the New Orleans Saints. In eight years with the team, Moore racked up 4,281 receiving yards and helped the team to win their first Super Bowl title. Ahead of his age-31 season, Moore signed a two-year deal with the Steelers in March of 2014. Unfortunately for Moore, catching a touchdown pass from Antonio Brown was one of the few notable things he did during what turned out to be a one-season stint with the Steelers. Moore caught just 14 passes for 198 yards in 2014, and was ultimately released after the season. 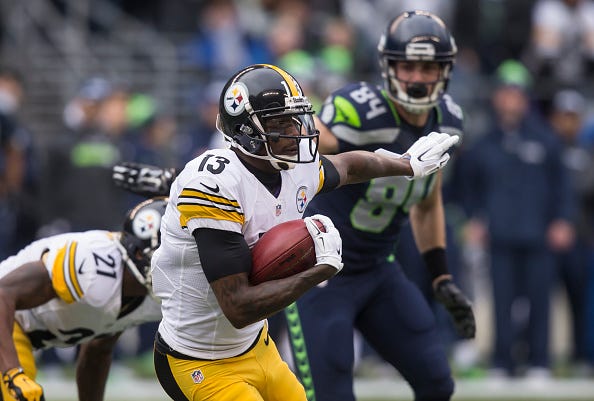 Jones was an All-Pro kick returner with the division-rival Baltimore Ravens in 2012. That same year, he caught what amounted to a Hail Mary from Joe Flacco, a 70-yard touchdown pass that helped the Ravens to upset Peyton Manning and the Denver Broncos in the AFC Divisional Round. Two games later, he returned a kickoff for a touchdown, helping the Ravens to defeat the San Francisco 49ers in Super Bowl XLVII. However, Jones was beyond his peak by the time that the Steelers claimed him off of waivers from the San Diego Chargers halfway though the 2015 season. In his final NFL season, Jones fumbled the ball three times in four games for the Steelers.