Are you sure you're ready for football's biggest stage, Dabo Swinney?

The head coach's 13-year run of dominance at Clemson has seemingly made him a perennial topic of NFL coaching rumors.

Already this season Swinney has dashed reports linking him to the Houston Texans and Jacksonville Jaguars head coaching jobs.

While Swinney might just be playing coy to jack up his eventual asking price for a jump to the NFL, it's also easy to understand why he might not be interested.

After all, he's paid handsomely for his work at Clemson, and NFL coaching history is littered with those who made their bona fides in the college ranks -- only to struggle with the big boys. 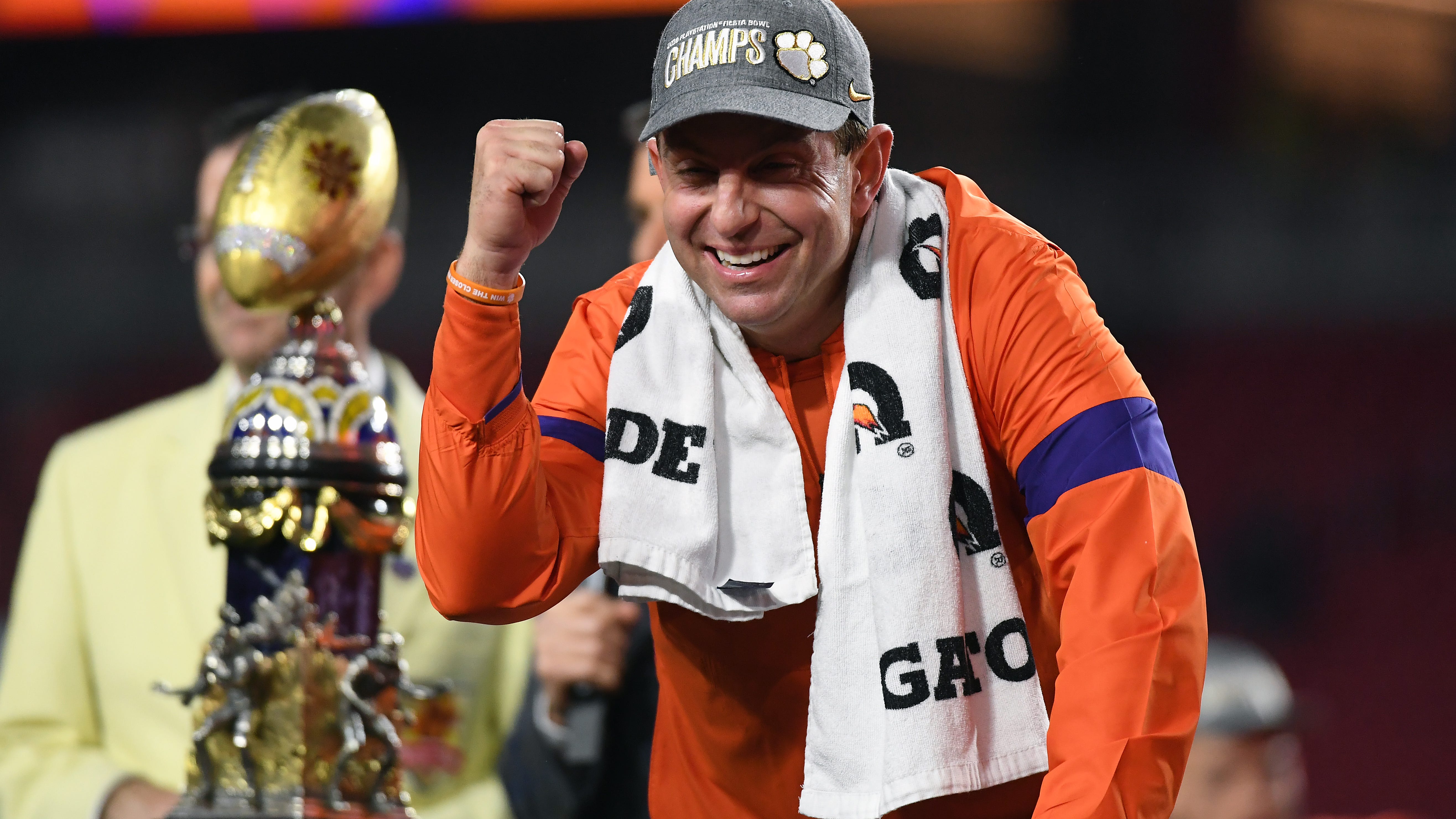 The past two decades alone have provided countless examples of the perils of trading in Saturdays for Sundays -- here are some of the most noteworthy. 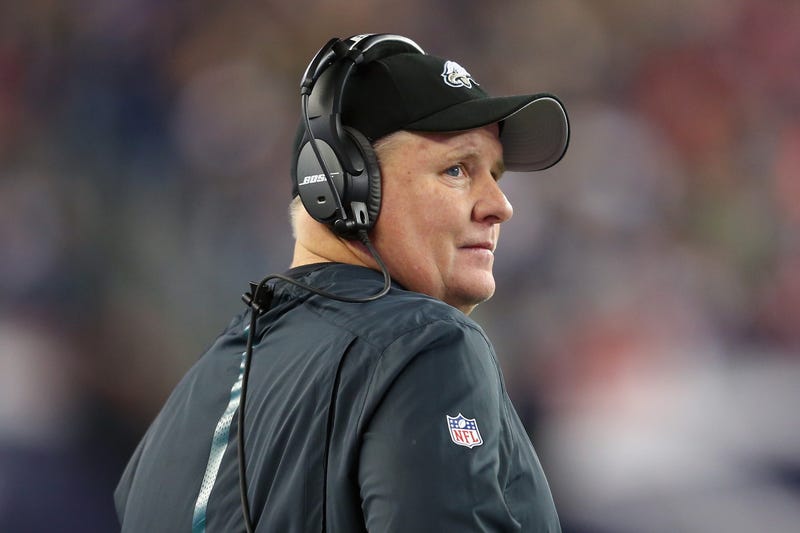 Kelly arrived in Philadelphia with great expectations after transforming the Oregon Ducks into a national powerhouse with a high-octane offense, a run which culminated in a narrow loss to Auburn and Cam Newton in the 2011 national title game.

The Eagles won 10 games in each of Kelly's first two seasons, one of which included a playoff berth, and it seemed like Philly had their man.

But the organization was apparently racked by internal power struggles that at one point saw Kelly serving as both GM and coach, and many fans and observers didn't care for his personnel moves. When the team took a step back in 2015, ownership stunningly decided it was time for a clean break.

Kelly was quickly snapped up by the San Francisco 49ers in 2016, as the team tried to move on from the Jim Harbaugh era -- but he was let go after a dreadful 2-14 campaign. After going 20-12 in his first two seasons as an NFL coach, Kelly's record had fallen to 28-35. 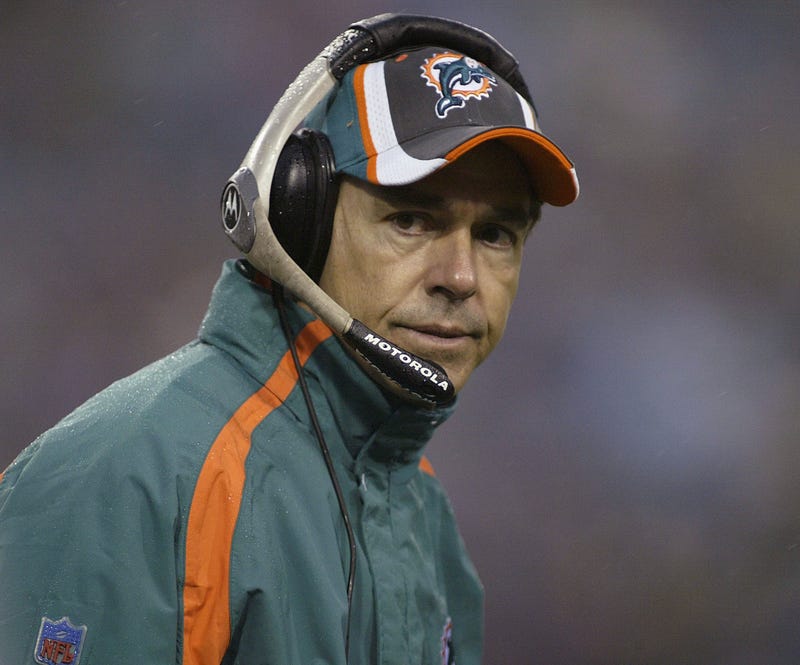 Nick Saban returned to the SEC after falling short of the playoffs in two years with the Dolphins. Photo credit Getty Images

Arguably the greatest coach in college football history, Saban's stint as an NFL head coach was brief and forgettable.

The Dolphins and former owner Wayne Hiuzenga lured Saban away from the college ranks after stellar runs at Michigan State and LSU, the latter of which culminated in a national title in 2003.

But the Dolphins went just 15-17 in two years under Saban, and he hightailed it right back to the college ranks when Alabama offered him a lucrative contract that made him among the highest-paid coaches in the sport -- both college and pros.

Would Saban have figured it out if he'd stayed in the NFL? We'll never know for sure, but to be fair those Dolphins teams were generally competitive. In retrospect, Saban's NFL tenure was undermined by a lack of quality quarterback play -- Miami's decision to sign Daunte Culpepper over Drew Brees proved to be a fateful one.

We'll never know what Saban might have been in the pros, but in the meantime Alabama sure feels like he made the right decision. 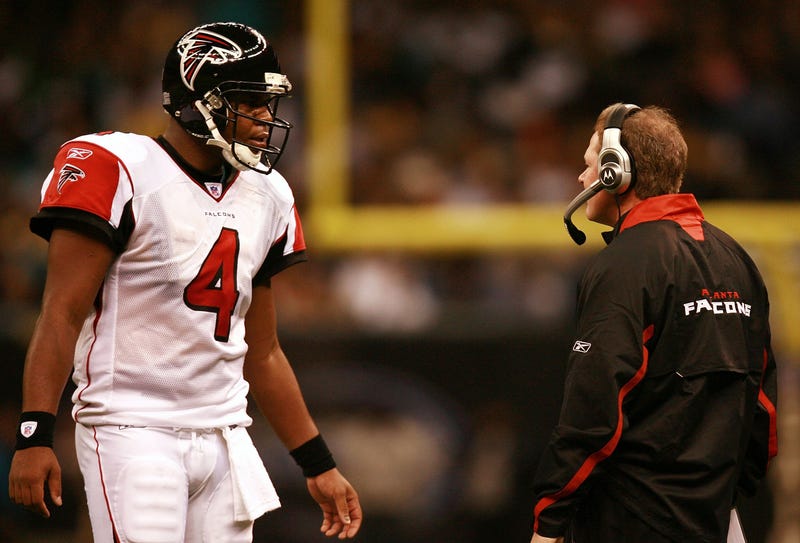 Petrino was considered an offensive mastermind with a knack for job-hopping -- he'd had several stints as an OC in the college ranks as well as three years with the Jaguars -- when he was tabbed by Louisville in 2003. Sure enough, he helped transform the Cardinal into a national power with an explosive offense, similar to Kelly at Oregon.

But the Atlanta Falcons soon came looking for an offensive guru to turbo-charge the Michael Vick-led offense after it had become stagnant under Jim Mora Jr.'s draconian philosophy. Petrino apparently found the chance to coach the explosive Vick too good to pass up -- even though he'd just signed a 10-year extension.

Unfortunately, things turned sour in Atlanta soon after Petrino's arrival. He was at the helm when Vick was famously arrested and later convicted for his role in a dogfighting ring, all but ending the Petrino era before it even started. He stepped down after one season in which Atlanta went just 4-12 in the first year of the post-Vick era.

Petrino returned to the coaching ranks, later serving as head coach of Arkansas as well as a second stint with Louisville. 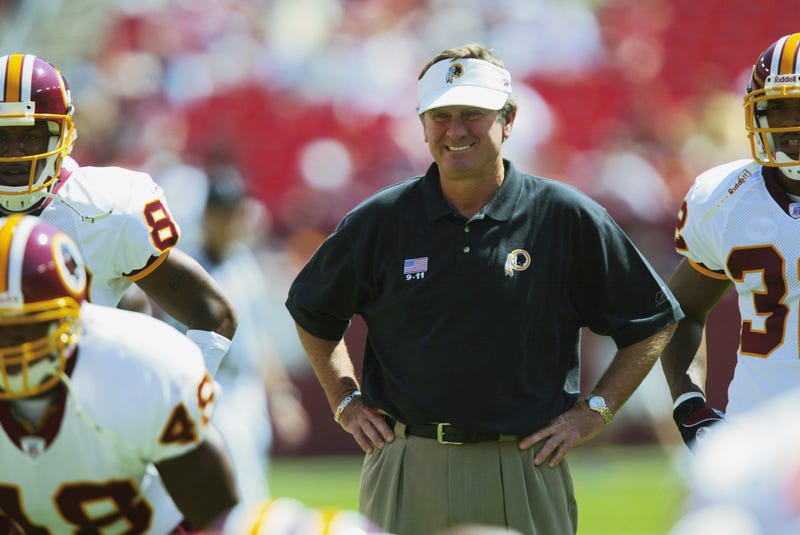 Steve Spurrier returned to the SEC with a losing record and no playoff appearances in his two years in the NFL. Photo credit Getty Images

The Head Ball Coach was considered one of the best in the college ranks after a stellar decade-plus run at Florida -- his alma mater -- in which he fulfilled legendary Alabama coach Bear Bryant's famed prophecy that the Gators were a "sleeping giant" merely in need of a little guidance.

Spurrier provided that leadership, guiding Florida to a national title, six SEC titles, and an overall record of 122-27-1 in a dozen seasons. But he walked away from it in the early aughts, explaining he was ready for a new challenge.

Days later he was the head coach of the Washington Football Team after signing a then-record five-year, $25M deal.

Spurrier's high-flying offense -- the so-called Fun 'n Gun -- helped change the style of play in the SEC, but it didn't translate to success in the NFL. Nor did he penchant for rostering his former Florida players.

After two third-place finishes and a 12-20 record, Spurrier resigned from Washington, leaving $15M on the table. He later conceded he pursued the most money instead of finding the ideal fit for himself in the NFL.

He returned to the SEC in 2005, with South Carolina, where he coached for another decade before retiring after the 2015 campaign. 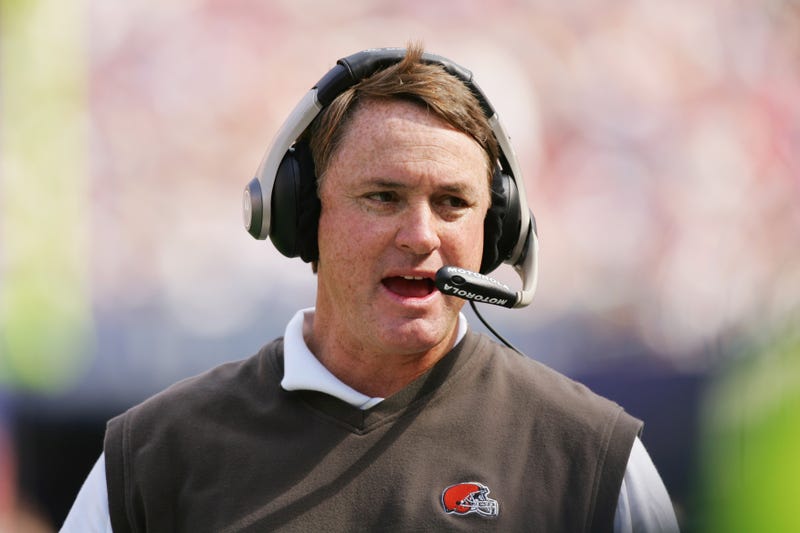 Butch Davis' 58 games coached with the Browns are the second-most for Cleveland since its relaunch as an expansion team in 1999. Photo credit Getty Images

The leader of the first dynasty of the new millennium, Davis, a Jimmy Johnson disciple, famously restored Miami to its past greatness -- and then parlayed his college success into an opportunity in the pros, with the newly relaunched Cleveland Browns.

Davis was tabbed to lead a new era in Cleveland in the Browns' third season back in the league as an expansion team -- but it didn't go as planned after some early success.

The Browns were 7-9 in Davis' first year and reached the playoffs in his second year, suggesting things were indeed looking up for the franchise, which won just five total games in its first two seasons after joining the league.

But the team struggled in 2004 amid a quarterback controversy, and when things went sour in Davis' fourth year at the helm in 2005, he was dismissed with six weeks remaining in the season.

Davis resurfaced a couple years later with UNC, where he coached until 2010, and was hired by Florida International in 2017 after a lengthy layoff. 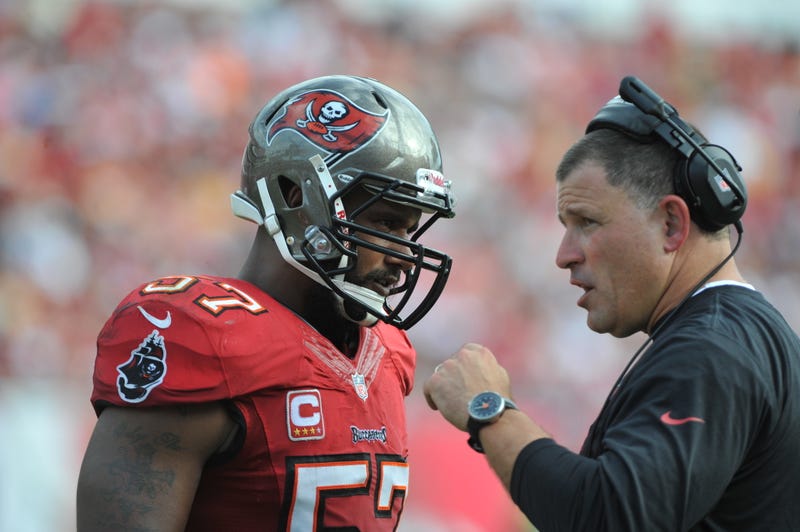 Greg Schiano was one of several coaches the Bucs cycled through in the decade after Jon Gruden's departure in 2008. Photo credit Getty Images

Like Kelly, Schiano was the personification of his program, as the coach who helped put it on the map.

Rutgers had been an afterthought as a football school before Schiano arrived in 2001 after stints as an assistant with the Miami Hurricanes and Chicago Bears, but the Scarlet Knights' slow climb to respectability was cemented with a dream 2006 campaign that saw them win 11 games and knock off college football royalty, Texas, in a bowl game -- the program's first bowl in its history.

Schiano rattled off several more 8- and 9-win seasons at Rutgers until he got the call from the NFL in 2012 -- from the Tampa Bay Buccaneers.

But things didn't go smoothly in Tampa, where Schiano went just 11-21 in two years. He was dismissed after the 2013 season along with GM Mark Dominik as part of an organization-wide house-cleaning.

Schiano's troubles didn't end there, remaining on the sidelines for several years amid reports that his no-nonsense style wore thin with Bucs players, as well as allegations that he declined to report former Penn State coach Jerry Sandusky for sexual abuse when Schiano was an assistant there.

Schiano finally resurfaced with Ohio State in 2016 as defensive coordinator under Urban Meyer and later Ryan Day -- and was eventually re-hired by Rutgers in December 2019 to be their head coach once again.

The Jets fell on such hard times in the '70s that they had to hold Lou Holtz's introductory press conference in his rec room. pic.twitter.com/88rmAEBJU4

We'll go way back to the 70s for this mismatch, because by just about all accounts it was a colossal failure.

Holtz is best known for helping Notre Dame to recapture its glory years in the 1980s, but his failed stint in the NFL is a mere footnote in his otherwise legendary career.

The mid-70s were a time of upheaval for the Jets after the resignation of coach and GM Weeb Ewbank, one of the masterminds of their iconic 1960s teams. Gang Green cycled through a bevy of coaches after Ewbank -- including Holtz in 1976.

Holtz came to New York after a successful four-year run at North Carolina State -- but he didn't last even a full season on the Jets sidelines. Gang Green skidded to a 3-10 start before Holtz walked away -- and he bluntly admitted he wasn't cut out to coach in the pros.

The Jets later found a measure of stability in Walt Michaels, while Holtz caught on with Arkansas and later Minnesota before his legendary run with the Fighting Irish.

news
Which states have the cheapest and most expensive gas in the country?
news
Smaller turkeys expected to be big this Thanksgiving
music
'Full House' cast: Where are they now?
news
Biden outlines his COVID-19 plan: Mask mandate, widespread testing, ample PPE
news
Can mouthwash protect you from coronavirus?
news
Man creates live map that locates every broken McDonald's ice cream machine in the U.S.