Frank Gore may be the ultimate example of a time-defying presence in the NFL, but Adrian Peterson is hot on his trail to pick up that title. After all, the late portions of their careers have had eerily similar trajectories.

But at age 35, Gore's production fell off a noticeable amount, as he ran for 722 yards and had only three games where he picked up 90 or more. Meanwhile, Peterson's age-35 season has started out on the opposite end of the spectrum, as he rumbled for 93 yards on only 14 carries for the Lions, a new team and scenario which he had just days to acclimate to.

His Week 1 performance put in a pretty strange group of runners -- and throwers -- that were able to pull off their fair share of long runs to kick off the 2020 season.

Two young guns, one of which is a rookie and the other of which is a quarterback. And two veterans, both of which were unsure if they'd even be playing a large role at this point in their careers.

Well, not every running back known for big gains played well... just ask Giants fans or their offensive line. 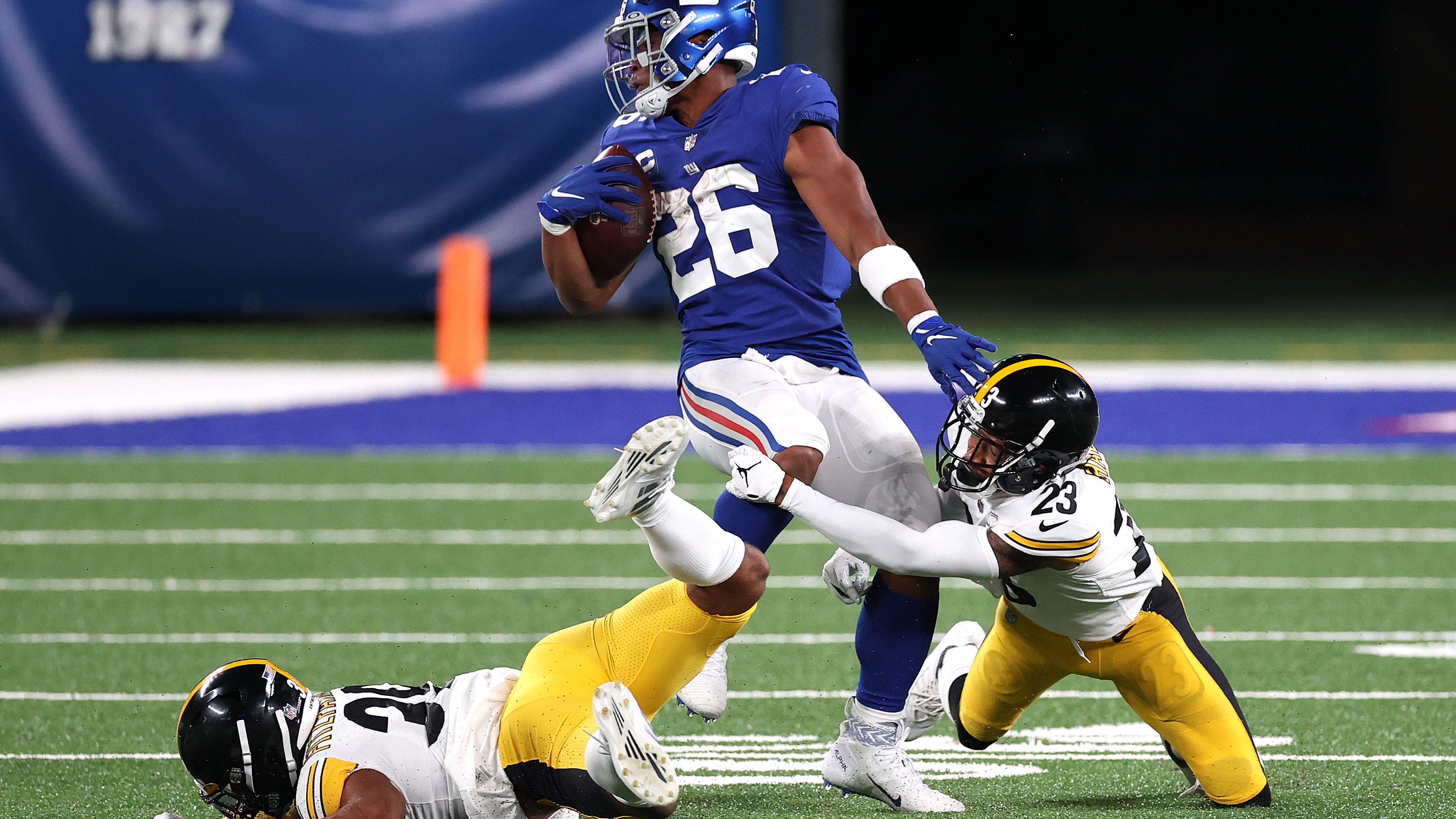 It's obvious that Peterson should be proud of what he accomplished in a new backfield which is crowded with talent, including Kerryon Johnson and D'Andre Swift. Still, the veteran was critical of his play.

"The third-and-1, I didn’t capitalize on," Peterson said (via Detroit Free Press). "My first big run, if I press the safety and cross his face to the right, it’s seven points instead of settling for a field goal and it’s a different game when the ball gets batted and they get the interception and go on and score. It’s a tie ballgame.

"So it’s little things like that that we have to be critical about that kind of get forgotten and you only remember what happened towards the end of the game."

Peterson's longest carry of the day went for 21 yards in the third quarter, and he had gains of 19, 14 (twice) and 10 in his exciting Detroit debut.

The Washington Football Team, which had just released Peterson prior to the 2020 season, struggled on the ground in Week 1, picking up 80 yards on 36 carries to barely achieve 2.0 yards per attempt.