Dallas Cowboys defensive coordinator Mike Nolan has had a rough 2020. We already know about his unit's woes on the football field — the abysmal, hard-to-fathom, record-breaking woes that have weaved nicely into the many story lines of the pitiful NFC Least. 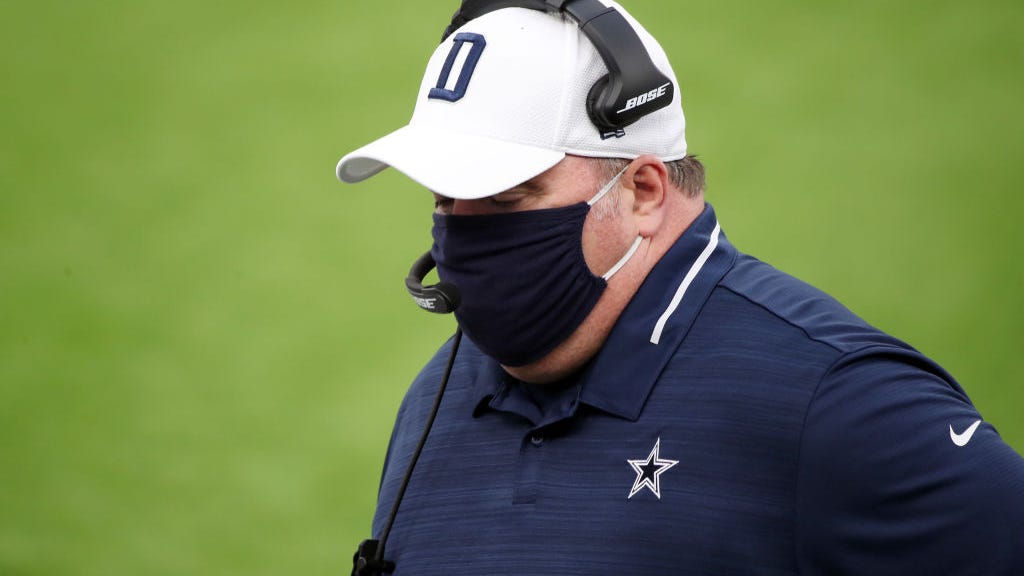 One word that can be used to describe how the Cowboys have feebly attempted to stop opponents is "embarrassing." Even the lowly Washington Football Team, who entered Week 7 without having accumulated over 300 yards of offense in a single game, were able to gain 397 yards of total offense against Dallas in a 25-3 rout.

But is it possible that an off-field incident was the most embarrassing thing that's happened to Nolan thus far?

Conference call with Cowboys defensive coordinator Mike Nolan has been put on hold because he had Tabasco sauce on his finger and it got in his eye.
Can't make this stuff up..
damn

The golden rule of using hot sauce is to avoid those eyes at all costs. Tsk, tsk. Apparently, Nolan has never watched "Hot Ones" and taken note of the many athletes, actors and other celebrities who needed the reminder.

If you've ever scrolled through Twitter before, you'll know that happenings like this one don't go without their fair share of roasts and reactions. And, boy, were there some good ones.

Sums up the Cowboys this season. 🤦‍♂️ https://t.co/IgdwUh8zZi

Once upon a time, 'Hot Boys' defined the way the #Cowboys defense tried to play. Now it's just about Tabasco in the DC's eyes. pic.twitter.com/P8QWAMSKsm

I’ve had a similar feeling watching the Cowboys play so far this season. https://t.co/ubYEQulelO

Tabasco now has as many wins in the division as the #Eagles do. https://t.co/xReTYvMoGD

He’s done watching his defense give up that many points. https://t.co/tiWYZ2DTfr

Tobasco is fine, but might I recommend a game-changing alternative? pic.twitter.com/9j0CfIbjah

You’re not actually supposed to put it on *everything* https://t.co/kN5LSvftzx

Thankfully, Nolan says that his eye feels a lot better, though it was burning immediately afterward.