It was evident from the statistics that Calvin Johnson was going to be something special. The 2007 second overall pick made an immediate impact with the Lions, going for 70 yards and a touchdown in his NFL debut. He followed that performance with 61 yards and another score in Week 2.

However, after that fast start, he cooled off significantly, catching no more than three passes for the next seven games and scoring only two more touchdowns for the rest of the season.

There's more to counting stats in football, though, as is the case with most sports. Pro Football Focus specializes in revealing these objective, skill-based statistics that can really show just how valuable someone is, and that's where Calvin Johnson's value became even more evident. Though he trailed Chiefs rookie Dwayne Bowe and Packers rookie James Jones in receptions and receiving yards six weeks through the season, Pro Football Focus's grade of 83.4 put him atop the whole group.

Obviously, that figure served as a nice little bit of foreshadowing as to what was in Johnson's future — he led the league with 12 receiving touchdowns in 2008 despite playing for the 0-16 Lions and would end up becoming one of the most dominant wide receivers the game has ever seen.

So, take Pro Football Focus ratings however you'd like, but know that there is definitely some predictive ability in there. And take the PFF ratings of two rookie receivers in 2020, and think about just how bright their career outlooks are when comparing them with Calvin Johnson's 2007 figure.

With a rating of 90.8, Justin Jefferson is completely blowing out not only the rest of the rookie competition over the years, but the 2020 NFL as a whole.

PFF single-game grades of 90+ by WRs this season:

With 537 yards through six games, Jefferson has accumulated the second-most receiving yards a rookie has ever compiled through the first six games of the season in the past 50 years, trailing only Anquan Boldin (592 yards in 2003). He's on pace for an astounding 1,432 yards, which would break Boldin's NFL record of 1,377. Currently, Randy Moss and Odell Beckham sit at second and third, so Jefferson will likely be sitting in some really good company even if he's unable to break the record.

But we can't forget about Claypool, either, whose Week 5 performance against the Eagles set all sorts of records. 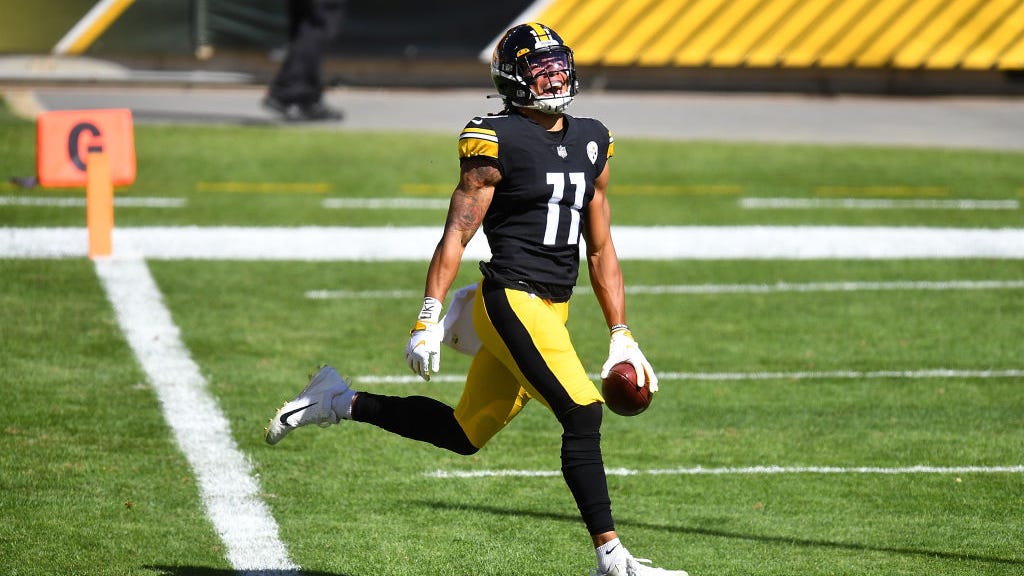 A fan-created poll underneath Pro Football Focus's post asked other Twitter users who will have the better career, and Jefferson is winning after 634 votes, 62% to Claypool's 38%. However, the more important factor is that Jefferson was drafted after four other receivers — Henry Ruggs, Jerry Jeudy, CeeDee Lamb and Jalen Reagor — while Claypool fell all the way to the No. 49 pick in the 2020 Draft.

At least to this point, it seems as though the Vikings and Steelers may have struck gold with these two explosive talents.