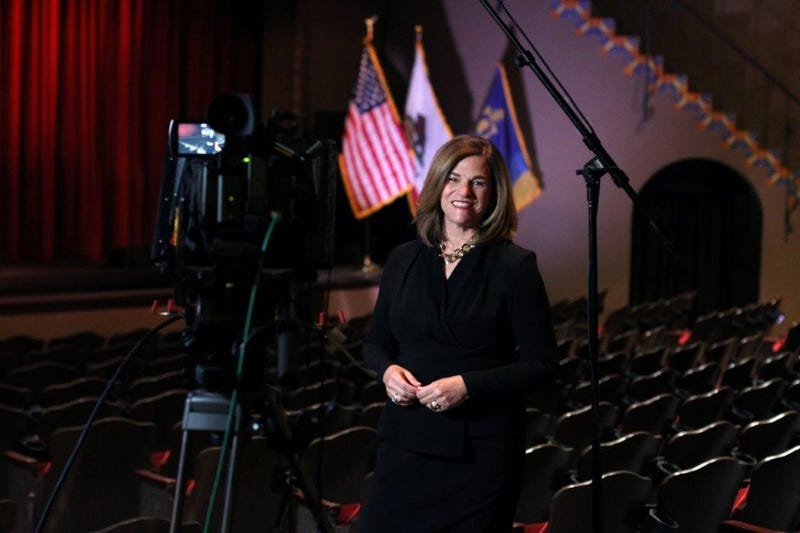 Photo credit Courtesy of the City of Riverside
By pepper

Patricia Lock Dawson, Mayor of the City of Riverside, has announced she'll deliver a virtual State of the City Address at 5pm on Thursday, January 28th.

The address will review the prior year's accomplishments and will outline major issues facing the city in the coming year.

“Riverside, our state and our nation have faced unprecedented challenges this year, but I am hopeful for our future as a community,” Mayor Lock Dawson said in a press release. “I look forward to outlining a collective vision for the future that capitalizes on our innate strengths and positions us for a strong recovery.”

At the event, Mayor Lock Dawson will announce the winner of the Dr. Carlos E. Cortés Award for Championing Diversity and Inclusivity, named for the Professor Emeritus of History at UC Riverside who has been a lifetime advocate of the importance of diversity and the need for inclusivity. The award recognizes actions taken toward furthering the City of Riverside’s pledge to build a more inclusive community.

The event will start at 5 p.m. and can be viewed at WatchRiverside.com, on Facebook, and on the following cable networks: Spectrum (Channel 3), Frontier (Channel 21) and AT&T (Channel 99).

It's produced by the Greater Riverside Chambers of Commerce in partnership with the City of Riverside. In addition, the Chamber will present the Riverside Hero Award and announce winners of the Beautification Awards from Keep Riverside Clean & Beautiful. 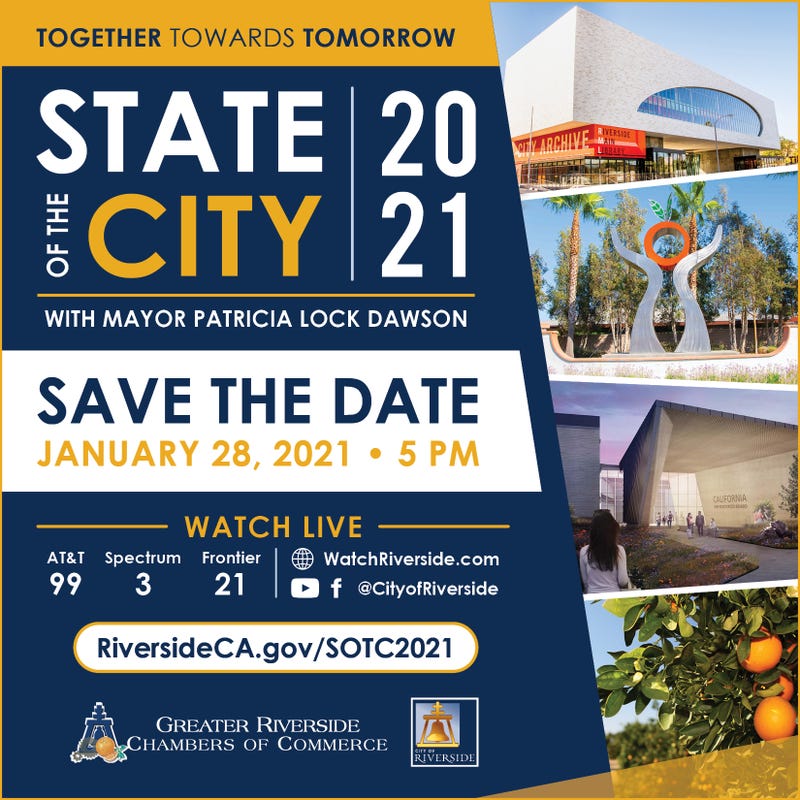 Photo credit Courtesy of the City of Riverside