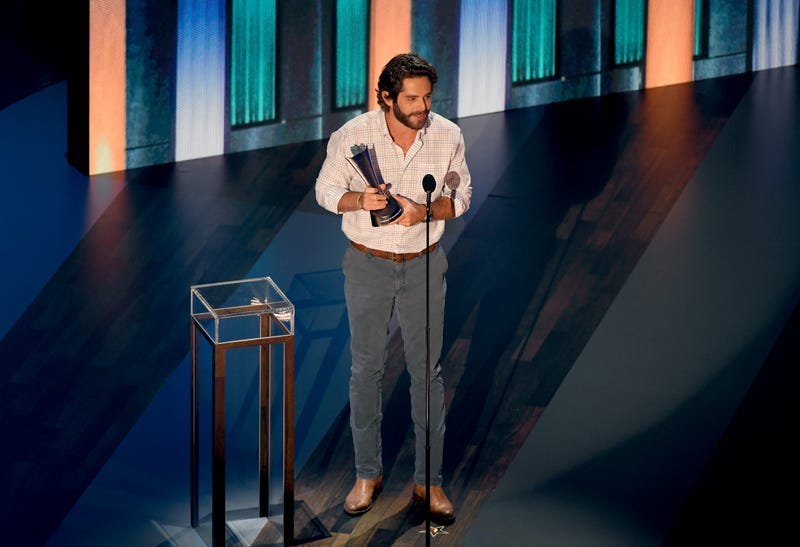 Clint Black once sang, "Funny how a melody can bring back a memory," and that's exactly what Thomas Rhett hopes to do with his latest.

“It was really interesting the way that we started to progress the song," Thomas recalls in a statement from his label. "I actually threw one of my dad’s song titles, ‘That Ain’t My Truck,’ in the second verse. So, we picked a lot of songs that I feel like really shaped me as an artist, and put those into the verses, and then hopefully when the listener’s listening they don’t really hear the song titles, but it sounds more like a story.

"And the more they listen to the song, I hope they can kinda go through and be like, ‘Oh my gosh, I love that song. I love that song,’" he continues. "But also, wanting them to make their own interpretation of the song and go, ‘Man, what were my songs that kind of defined my life? What songs did I hear on the radio, that when I hear them today as a 30 year old or a 40 year old, it makes me feel 17 again?’"