Pixar is surprising fans with a newly released movie on Disney+.

The collection of mini shorts features Pixar characters in all-new, bite-sized stories released exclusively on Disney's streaming platform are guaranteed to please the entire family for a fun night in.

The streaming platform shared the trailer for the film on Jan. 19, which was National Popcorn Day.

The movie shorts are titled, "Chore Day the Incredibles Way," "Cookie Num Num," "Dancing With the Cars," "A Day in the Life of the Dead," "Dory Finding," "To Fitness and Beyond," "Fluffy Stuff With Ducky & Bunny," "Soul of the City," and "Unparalleled Parking." 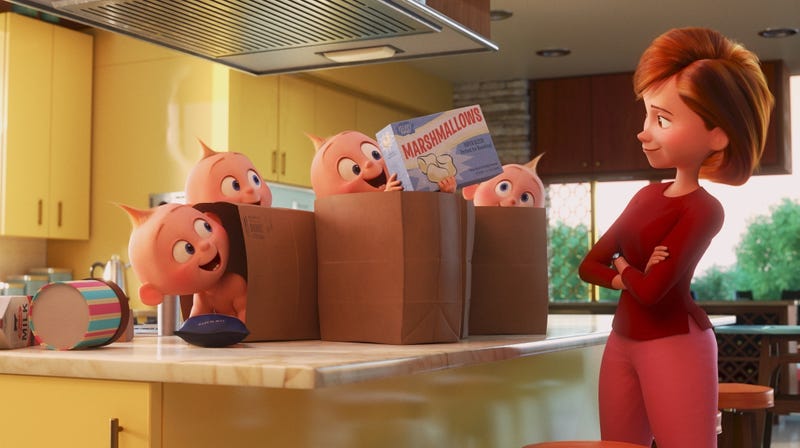 The collection of mini shorts is set to premiere on Friday, January 22nd.

Disney+ geared up for a big year filled with plenty of highly-anticipated releases including "WandaVision," which hit the streamer this month.

The new month also brings the third season of “Elena of Avalor” and new episodes of “Earth to Ned.”

Earlier this month, Disney+ announced that it would be adding the iconic "The Muppet Show!" to its list of streaming content.

While the first three seasons have previously been available on home entertainment, all five seasons will be available for streaming beginning February 19.