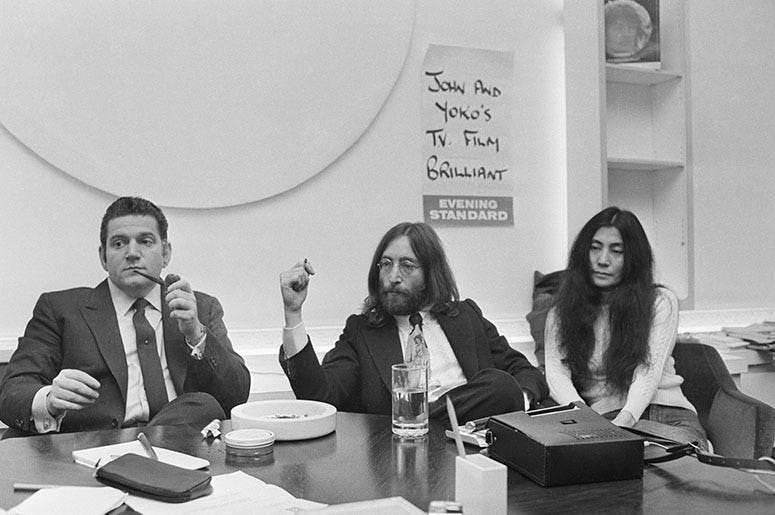 February 3, 2020 02/03/2020 6:00 am
Dave Davies of the KinksFebruary 3, 1969 – The Beatles hire Allen Klein as their new manager, following the death of Brian Epstein. Klein got his start working for Sam Cooke and Bobby Darin, with whom he gained a reputation for being ruthless on behalf of artists whose royalties were being hidden through accounting tricks. This endeared him to the Rolling Stones, who made him their manager in 1965.  The Beatles later became disenchanted with him and many lawsuits followed. Classic Rock Birthdays

February 3, 1959 – In a terrible plane crash in Clear Lake, Iowa, Buddy Holly (22), The Big Bopper (born Jiles Perry “J. P.” Richardson, Jr.) (28), and Ritchie Valens (17) all perish. All three were traveling to Fargo, North Dakota, for the next show on their Winter Dance Party Tour.  Called “The Day The Music Died” by Don McLean, the plane crashed during a blizzard, smashing into a cornfield at over 220 mph, flipping over on itself and tossing the passengers into the air. The victims were jettisoned from the plane, landing yards from the wreckage, and lay there for ten hours as snowdrifts formed around them. Because of the weather, no one reached the crash site until later in the morning.

February 3, 2004 – Cornelius Bumpus dies from a heart attack on a flight from New York to Los Angeles.  He was 58. Bumpus played saxophone with the Doobie Brothers, Moby Grape and Steely Dan.