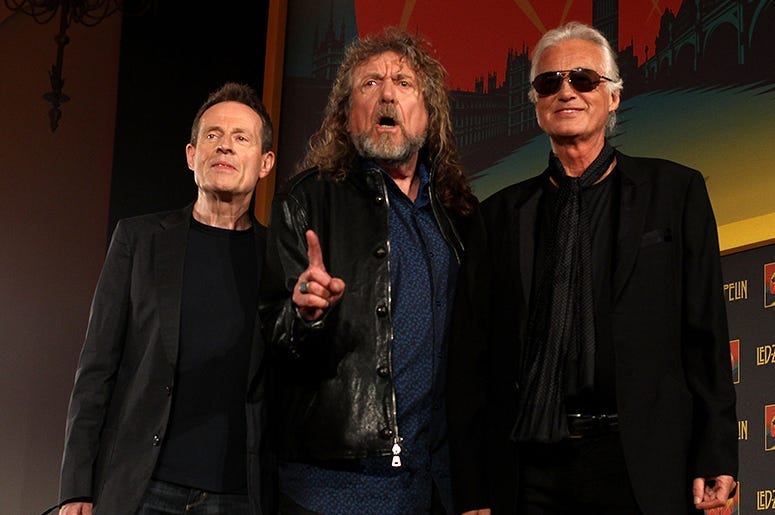 Led Zeppelin’s famous 2007 reunion concert, which saw the band performing a full headlining set for the first time in 27 years, will stream online for three days only, beginning today.

On December 10, 2007, Robert Plant, Jimmy Page and John Paul Jones reunited, along with John Bonham’s son Jason Bonham, for the Ahmet Ertegun Tribute Concert at London’s O2 Arena. The concert was a benefit show in memory of the Atlantic Records co-founder. Zeppelin’s set featured 16 songs including “Kashmir,” “Whole Lotta Love,” “Stairway to Heaven” and more. The performance was later released as a concert film in 2012.

You can tune in for the watch party on Led Zeppelin’s official YouTube page beginning at 3pm EST Saturday. If you can’t make the premiere, you can watch it any time for the three days following.