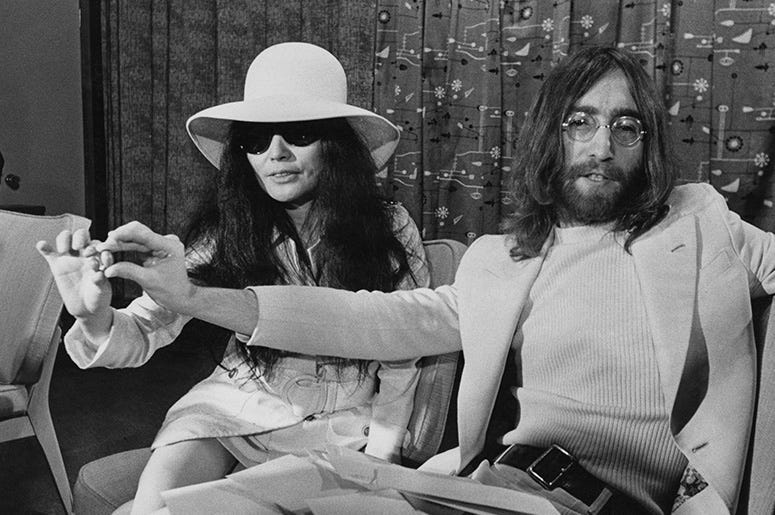 April 1, 1970 – John Lennon and Yoko Ono issue a statement to the press that they are having dual sex change operations. It’s an April Fool’s joke that might not fly today.
Backstage Access:David Gilmour Guitar Auction Reveals A Lot About The Man
Classic Rock Birthdays

April 1, 1992 – Nigel Preston dies of a heroin overdose.  He was 28. Preston was the drummer and founding member of the Cult, who missed the filming of the video “She Sells Sanctuary” because he had been booked for armed robbery the previous evening.

April 1, 2004 – Paul Atkinson dies of liver and kidney disease.  He was 58.  Atkinson was the guitarist in the Zombies and a successful A&R rep who received the President’s Merit Award from the National Academy of Recording Arts and Sciences for his work.

April 1, 2015 – Cynthia Lennon [née Powell] dies of cancer.  She was 75.  Cynthia was the first wife of John Lennon, and Julian Lennon‘s mother.