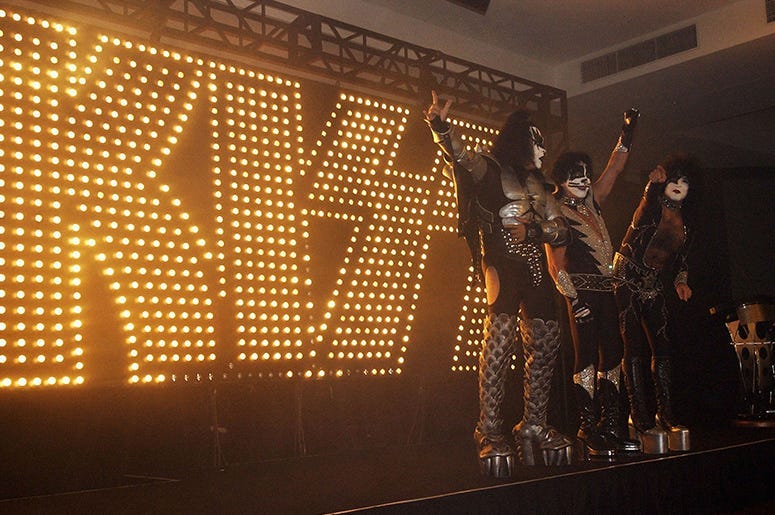 QueenApril 16, 1996 – Kiss hold a press conference aboard the USS Intrepid in New York City to announce the reunion of all four original members, and the Alive/Worldwide reunion tour. With Ace, Gene, Paul and Peter, the tour went on to gross over $140 million dollars.

April 16, 1969 – Elektra drops the MC5 after they put an ad in a local underground paper saying  “F–k Hudson’s”, the retailer that refused to stock their Kick Out The Jams album. Hudson’s pulls all Elektra albums in retaliation.

April 16, 1999 – Alexander “Skip” Spence, co-founder of Moby Grape and the drummer on the first Jefferson Airplane album, dies of lung cancer in San Francisco.  He was 52.  Skip had spent 6 months in Bellevue and was a diagnosed schizophrenic, battling drug and alcohol problems his entire life. But, he was also called one of “psychedelia’s brightest lights” – just a few weeks after his death, the tribute CD More Oar: A Tribute to The Skip Spence Album was released and featured such luminaries as Robert Plant, Tom Waits, and Beck, all paying tribute.