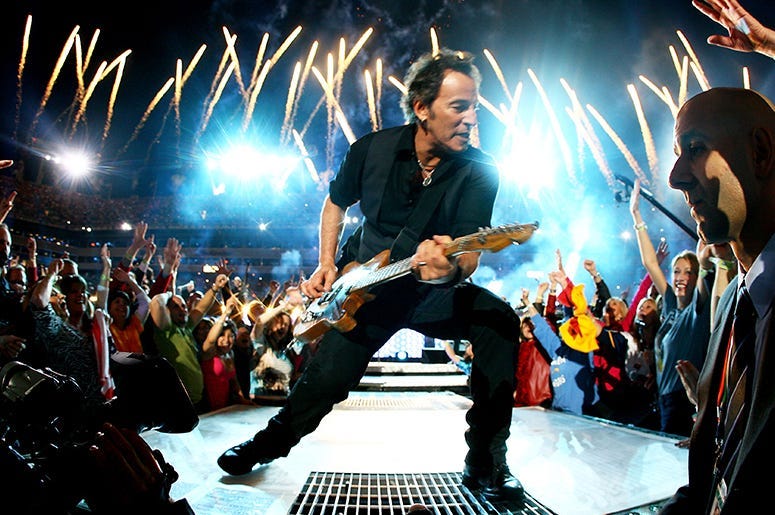 February 26, 2020 02/26/2020 6:00 am
Neil Peart (middle) with Rush bandmates Geddy Lee and Alex Lifeson of RushFebruary 26, 1997 – Geddy Lee, Alex Lifeson and Neil Peart of Rush receive the Order of Canada, the highest civilian award from the Canadian government, for significant achievement in important fields of human endeavor.  They are the first rock band to receive the award.
February 26, 1985 – Bruce Springsteen wins his first Grammy for Best Male Vocal Performance for “Dancing In The Dark.”  To date, Springsteen has won 20 Grammys.
Related:Grammy Scandal: What Happened to Music’s Biggest Night?
Classic Rock Birthdays

February 26, 2011 – Mark Tulin collapses and dies while helping out at the Avalon Underwater Clean-Up in Avalon, California.  He was 62. Tulin was the bassist for The Electric Prunes who became famous with the release of the Nuggets: Original Artyfacts from the First Psychedelic Era, 1965–1968 compilation album in 1972 with their song “I Had Too Much To Dream (Last Night).” In 2009, Tulin began work with the Smashing Pumpkins, recording and touring.  He somehow also found time to get a PhD in Psychology.

February 26, 2008 – Buddy Miles (born George Allen Miles, Jr.) dies of congestive heart disease in Austin, Texas.  He was 60.  Drummer Miles was first seen in the band The Electric Flag which debuted at the Monterey Pop Festival in 1967.  He then went on to collaborate with Jimi Hendrix on Band of Gypsies, followed by work with numerous artists ranging from Santana to Phish.  Asked how he would like to be remembered, Miles said, “The baddest of the bad. People say I’m the baddest drummer. If that’s true, thank you world.”